Are These Sequels Really Better Than The Original? 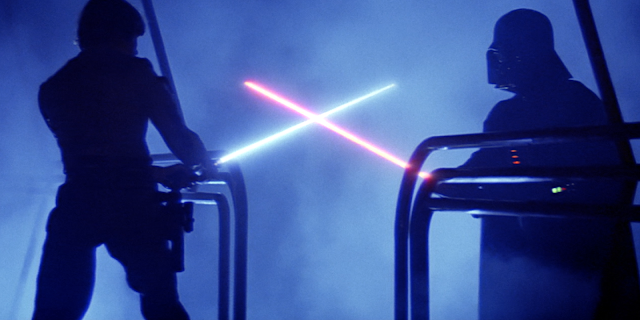 A few days ago. Collider listed 19 sequels that they claim are better than the original. Sequels tend to get a bad rap, and to be honest, I think they are often unnecessary. But there are many great sequels, and they often have to be pretty extraordinary to be able to not only meet expectations but surpass the original in the eyes of huge fans. Here is the Collider list along with my thoughts on if the sequel really is better or not.

Evil Dead 2: I've always considered it more of a remake of the original but with better special effects, a stronger cast, and a better blend of dark humour with horror. So yes, this definitely surpasses the original and when people call Evil Dead a classic, I think they are often thinking about this one.

Before Sunset: The Before trilogy is one of the best in movie history. It is a classic love story driven by flawed and real characters. All three are masterpieces, and it is hard for me to say one is better than the other. It is hard for a sequel to be as good as the original, because there is the risk of just being a retread or failing to justify coming back to the world and characters. This one is distinctly its own movies while honouring and enhancing what happened in the first one. Not sure if it is better, but it is as equally great.

Toy Story 2: Another all-time great trilogy, with each one being a powerful but fun exploration into childhood and growing up. I think the original is a classic and this one may be a slight step down, but still a magnificent follow-up. I'd actually say Toy Story 3 is the best of the series.

Batman Returns: Confession time, I haven't seen this one since it first came out, and I was not a fan. I remember thinking it really dragged and lacked the energy of the original. I will have to finally revisit this one someday, but I can't see this besting the classic that is 1989's Batman.

Harry Potter and Prisoner of Azkaban: Time for another confession. I didn't want to see all the Harry Potter movies until I read all the books. I finally finished the series back in 2011, but by that time, all the movies had been released and I was overwhelmed by being so behind. I actually haven't had a chance to track them all down yet. I will say that Prisoner is one of the best of the books in the series, so if the movie stays true, I can see why it made the list.

Christmas Vacation: I get this movie has its huge fans and people watch it every holiday season. But no way is this funnier or better than the original. Not a chance.

Gremlins 2: A New Batch: I hated this when I saw it theatres as a kid. I wasn't ready for it to be an outright parody and a huge departure from the original. I also at the time didn't clue in that the original was a horror comedy and always saw it as a straight horror. I've since rewatched this one a few times, and I really do find it funny and love how different it is from the original. But the original is a classic and all-time favourite, so this one is a step down.

Captain America: Winter Soldier: Easily one of the best Marvel Studio movies, so this one is a no-brainer. Another one that is very different in tone than the original, as the first seemed to be a call back to an uplifting campy superhero movies of the past while Winter Soldier was a dark, spy-thriller that captures some of the vibes of 1970s espionage thrillers.

The Hunger Games: Catching Fire: Easily the best of the series and did a great job of becoming its own movie rather than trying to do what worked in the original. It has some great twists and brings in some really interesting characters. Too bad the next two couldn't even come close to comparing to its brilliance.

Terminator 2: Judgement Day: This is an all-time great action movie, but the original is an all-time great horror movie. Much like the Alien and Aliens, I feel like they shifted genres here and become very different kind of movies. I get why this often makes lists like this and it is an amazing movie, but I always will have a very special place for the original and it will remain my favourite of the series.

Skyfall: I said it in my original review and I will say it here, this is my all-time favourite James Bond movie.

The Godfather Part II: They are both masterpieces. I am fine putting them as equals. It is pretty incredible that the sequel was able to be just as epic and sumptuous as the original. Two of the best movies ever made.

Empire Strikes Back: This is the stock answer to what sequel is better than the original. It is amazing because it maintain the excitement and imagination, but is such a different movie in tone and direction. It has so much depth of character and has one of the most gut punching finales ever. I always will hold to Star Wars being my favourite movie ever, because how much it affected me when I first saw it as a kid. Empire is proof that sequels can surpass their original when it has the right story and passions behind it.

Friday the 13th Part 2: This slasher series has never been my thing. I think, Part 4 actually might be my favourite though.

Mad Max: Fury Road: Thanks Collider, I now remember another thing I wanted on my Christmas list. How do I not own this movie? Another modern day classic and a masterpiece in pure action cinema.

X2: X-Men United: This is another one that it is widely accepted fact among movie geeks as being better. It has some pretty amazing action sequences and adds a lot more depth to the characters. If we accept all X-Men movies in the same series, then X-Men: Days of Future Past is probably my favourite,

Superman Returns: Wait, what? Is this April 1st? How is anyone in the world thinking that this was better than the original? Or are they just considering this a sequels to Superman IV: The Quest for Peace for some reason. Superman and Superman II are near perfect comic book movies and are absolutely groundbreaking. Superman Returns is a movie that I barely remembered existed until this list.

Thor: Ragnarok: It ended the streak of "I like Thor but his movies. . . " by being absolutely awesome and adding a totally new aesthetic and charm to the Marvel Universe. It has got better on every rewatching and I'd now rank this even higher than I did when I first saw it. Easily the best Thor and climbing the list of best Marvel movies.