'Avengers: Endgame' Trailer Makes Me Giddy About Our Heroes Being Dour and Sad 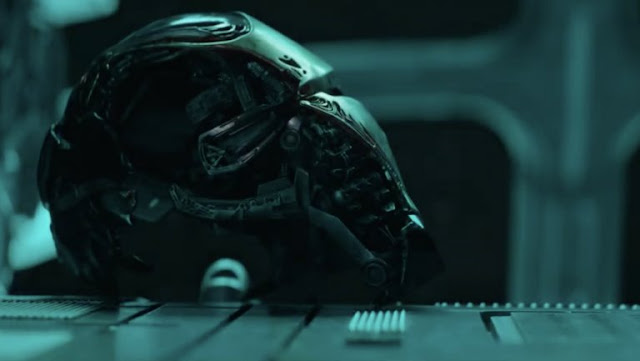 What is Twitter going to do now that they can't keep begging for the new Avengers trailer to be dropped? Marvel has finally released the first trailer along with the reveal that title will be Avengers: Endgame (what about that title would be a spoiler to Avengers: Infinity War, by the way?), and that the release date is once again bumping up to the last weekend of April.

I am a massive Star Wars fan that has up until this year, put each of the Disney Star Wars movies on my best of the year list, but even I will confess that Avengers: Endgame is probably the biggest movie event of 2019. Marvel has shaped the big blockbuster landscape the past decade and every Marvel movie has been building to this motion picture.

Marvel Studios President Kevin Feige has promised that this will be the final chapter of the current several movie spanning story and the kick-off to a new phase (Phase 4) of Marvel movies. My guess, is that Thanos gets conquered here and a new villain will pop in every single Marvel Studios movie stinger. Everyone assumes this also means the death of some major Marvel superheroes, especially since the contracts Chris Evan (Captain America), Robert Downey Jr (Iron Man) and Chris Hemsworth (Thor) end with this movie. If they don't die, there will at least to be a passing of the torch to heroes like Spider-Man, Black Panther and Captain Marvel who will be the new faces of the franchise.

I remember Feige also saying the new phase will have a new tone and look. The movies will be often set in space and other dimensions, but also Guardian of the Galaxy were supposed to be the major part of the new direction and that series is currently in limbo. I'd say stuff like Doctor Strange and Captain Marvel show that space and different dimensions is the way the movies look to be heading towards.

But what about the new trailer?

I love that it shows very little other than the Avengers still reeling from the major events from the previous movie. Half of civilization has been snapped into extinction and this means each of the remaining members have lost a loved one. It looks like the movie will have a darker and more somber tone, and hopefully, delve into some of the more dramatic ideas it played with in the last movie. Thanos is almost entirely absent from the trailer, but he did his job, so he is probably just sipping fruity drinks on a beach now.

I was a bit surprised to not see any sign of Captain Marvel, but they may be intentionally holding off on any hints of her role until after her movie is released. I think, Black Panther was absent from Infinity War marketing until after his movie came out. The previous movies' stinger hints that she will have a major role in this movie, and maybe she is chilling in the van that Scott Lang brought with him.

Hawkeye fans are cheering everywhere as he has not been forgotten. My guess, is that he will get a substantial role and maybe this will be his swan song as well, as I can't think a stand-alone movie is planned. He looks pretty batter, and my guess is that he lost his family to the 'dust snap.' He also seems to have become a ninja?

The team looks really fractured and the trailer is great at keeping up with the tone that we were left with at the end of the last movie. Poor Stark is floating in space, and maybe that is where Captain Marvel comes in and rescues home. We all know that drifting in space isn't going to be how you write out Stark, he will Gravity it if he has to. There were some little shots of Wakanda, so I hope that means that Shuri or Okoye get some shine here rather than just some opening act crying. Nebula is the remaining character from Guardians and she has lost a lot, so my hope is she gets some major time to be developed. Captain America, Bruce Banner and Black Widow seem to be doing their own thing, while maybe Thor will go battle off in some other realms. Thor has also had a bad run lately losing his entire family and kingdom, maybe he needs some alone time or be cheered up by playing Mario Odyssey with Nebula (my son says it is the greatest).

It does look like they will be keeping some of the characters separate and juggling different stories again, if I am right that the trailer shots of Nebula and Okoye mean they are stuff to do this time.

Very little is shown here and that is exactly how Marvel should have played it. Everyone is hyped for this movie and they nailed us with a huge cliffhanger, so hold off on as much of the good stuff as you can. We just need to be teased a little and get a small sampling, and that is exactly what we got here. If they have some massive story turns or big character reveals, then I'd like to be shocked by it come opening night.

So, now time for the six months of speculation and anticipation. My big question is do you think a major character is going to be killed off and if so, who will it be? I am almost positive Iron Man sacrifices himself for the team and allows Downey to go make Judge 2: The Final Gavel.