20 Years Ago, 1999 Was Busy Being the Greatest Year for Movies 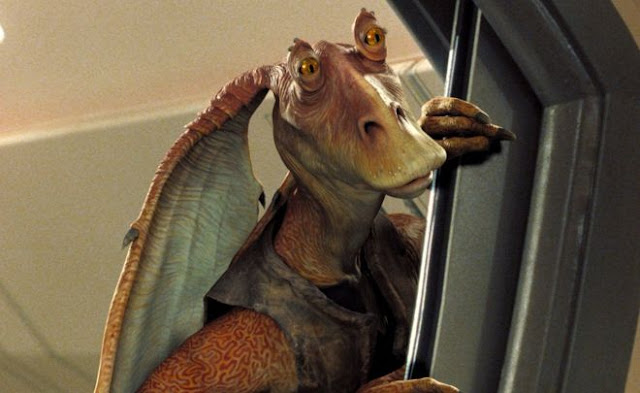 For you math geniuses out there, you may have figured out that 20 years ago, it was 1999. This is a famous year because this was the final year before planes fell out of the sky, bank accounts everywhere were wiped clean and computers became nothing more than the paperweights they are known as today. It was the year before civilization became extinct, and Y2K remained the greatest boogeyman ever known by the remaining humans still standing in this apocalyptic world.

The fact almost nothing remains today could be why so many respected film critics herald 1999 as one of the greatest movie years ever. Being the last year you could go outside without fear of being eaten by a mutated raccoon has elevated our perception of the movie going experience back then.

Of course, it also helps the year was filled with one of the most amazing movie slates ever known to humankind. This was the year that boasts such renowned classics as My Favorite Martian, The Other Sister, Baby Geniuses, Wing Commander, Life, The General's Daughter, Big Daddy, Wild Wild West, Inspector Gadget, Runaway Bride, Teaching Mrs. Tingle, Dudley Do-Right, For the Love of the Game, Bats and Deuce Bigalow: Male Gigolo. No other year could compare to such embarrassment of riches.

The Academy Award's Best Picture winner from that year, American Beauty has now been unanimously declared as the one year that the organization not only got it indisputably correct but picked what it now universally recognized as the greatest thing ever made. The movie has clearly aged perfectly and isn't seen the least bit pretentious or overrated. No one has ever said this is something that doesn't hold up on rewatching or with some years of perspective. It isn't like the star of the film now has a soiled reputation or makes us now the least bit uncomfortable watching him ogling a teenager. Not even a little bit.

Of course, 1999 gave us the greatest of the Star Wars movies in The Phantom Menace, and the iconic comedic relief in Jar Jar Binks. George Lucas exactly delivered whatever fan dreamed for the Anakin Skywalker story and somehow hit everyone's high expectations for his road to Darth Vader. No one today looks at the high praise of this movie and thinks it may have come from the fact we had over a decade of anticipation for the next instalment in a beloved franchise. No, we all now recognize this was a movie that was near perfect and galaxies above the now accepted overrated original trilogy.

The more I think about it, the more I realize 1999 is objectively the greatest year of cinema ever and it is not even up for debate. It is scientifically irrefutable to be the greatest year ever to fart out film. The high praise of the year has nothing to do with the fact that many of the critics praising it may now have a strong sense of nostalgia or maybe even be the year some broke into the film criticism career so it is thought about fondly. Rather the high praise of the year is due to Skittles and gold literally flowing from the big screen and into the pockets of every person who went to the theatres that year. It was movie magic.

I didn't realize that 1999 was the great year of everything when I was living it, but that was mostly due to the fact I was in my early 20s, so obviously I was stupid. I also didn't recognize the genius of the Jamie Lee Curtis starring Virus back then and mistook it as a cheap Alien rip-off at the time, not knowing Ridley Scott actually used a DeLorean from 1985 to go into the future to see the movie then steal the idea so he can go back to 1979 to rip it off. Now, I do, so I appreciate it much more.

I also lived in both Brantford and Cambridge in 1999, so probably a good deal of the prestige pictures didn't make their way to me, plus I was a struggling student so I probably didn't go to as many movies then. I do know that I did see the following movies in the theatre in 1999: Analyze This, Wing Commander, The Matrix, Never Been Kissed, Lost and Found, Star Wars Episode 1: The Phantom Menace (at least three times in theatres), Austin Powers: The Spy Who Shagged Me, American Pie, The Sixth Sense, Stir of Echoes, Bats, The Bone Collector, Sleepy Hollow, The World is Not Enough, Any Given Sunday, The Hurricane and Man on the Moon.

And because Blockbuster was a cool thing back then, I rented the following movies shortly after they came out: Payback, Blast from the Past, Office Space, 8mm, 200 Cigarettes, Cruel Intentions, Ravenous, 10 Things I Hate About You, Go, Election, Idle Hands, Big Daddy, Arlington Road, The Blair Witch Project, Teaching Mrs. Tingle, Double Jeopardy, Drive Me Crazy, Fight Club and Dogma.

The list of movies here probably say more to my age and tastes of the time, then a proper representation of the line-up of the year. Like I said, I foolishly did not know I was watching films that would be a part of the greatest year ever. I also did not know my house would burst into flames at 12:00am on January 1st, 2000. I've learned a lot since then.

Of course, I've seen many more 1999 movies as time has passed. Not sure how I didn't see Toy Story 2 right away when it came out, but I guess Pixar wasn't a phenomenon yet.  I don't think Mystery Men or Galaxy Quest had a lot of buzz at the time or maybe I am just forgetting when I eventually saw them (but I am pretty sure it was a few years later). I am sure stuff like Iron Giant, Eyes Wide Shut, Being John Malkovich, Magnolia, Boys Don't Cry, The Talent Mr. Ripley, Three Kings, The Insider, The Virgin Suicides, Bringing Out the Dead, and Girl Interrupted were not even on my radar and probably most of them came nowhere close to where I was living at the time. I sure was aware of Deep Blue Sea and Superstar at least.

20 years ago was the height of cinema. If anyone challenges you on what is the greatest year for movies then you just give them a peek at the 1999 line-up. They will learn that there is no subjectivity in cinema or it isn't true that every year can have great and bad movies. Oh no, 1999 is perfection.

You could wrongfully disagree with me. If you want to prove how wrong you truly are, then let me know in the comments what you think was the great year for movies.
1999 Humour Movies Musings