'Santa Claws' Away at Scott's Sanity 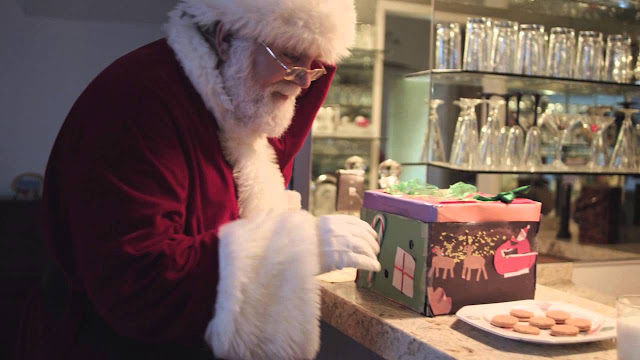 As listeners of The Movie Breakdown know, we have an annual Summer Box Office Challenge where both Scott and I draft the ten summer movies each that we think will have the highest grossing opening weekend. The winner then gets to pick three movies that the loser will need to watch and write a review. Long-time listeners will also know that I always win. This year I selected for Scott to review Baby Geniuses, War Room and Rent. The reviews for the first two movies have been written and posted for a long time, but you may wonder where that Rent review has been?

It appears Scott has been pushing it off. Except he pushed too hard and it is now no longer on Netflix. I'm not sure if we ever officially mentioned it on the podcast but we did formally agree that if a movie is removed off Netflix after there being a suitable time (around a month) to watch it, then there will be a 'tardy tax' implemented where the winner now gets to choose three more movies to replace the one missed movie.

So, the pain for Scott continues with three more movies that need to be reviewed. He must secretly love all the pictures that I choose for him to watch.

The first of the new selection of movies is actually one that I've seen. Over the holidays, my kids wanted to watch a Christmas movie and I made a mistake of allowing them to choose something off Netflix. Thus I had to endure the never-ending flaming torture of the horrendous Santa Claws. As a parent of young kids, I've seen a lot of bad talking animal movies. This is the king of the very worst and inept.

So, I knew what was in front of Scott. He is a real hero for watching this movie to the very end. You can read all about his pain and sacrifice with his latest review right here.