2019 Still Looking for that Blow-Away Movie 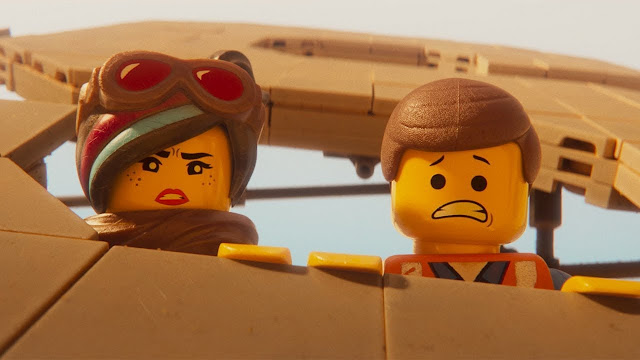 February starts with the letter F, and so does the word 'familiar.' A word that I used a lot on The Movie Breakdown when reviewing this month's theatrical releases. I am behind on the month's movies and How to Train Your Dragon: The Hidden World could be an amazing, but so far while 2019 has lacked any flaming disasters, they've also not had a blow-away movie that is a sure thing to challenge for my best of the year (by this point last year we have Black Panther). To be honest, if anything I've seen so far makes my best of list then this will be a very disappointing and lackluster year. At least, I haven't had anything that is a reigning champion of the worst of the year either, which isn't always the case by this time.

I'm a little bummed by this point because there were movies that I genuinely had shout to the mountaintops excitement over in Glass and The Lego Movie: The Second Part. Both movies were good and I recommended, but they were follow-ups to movies that I loved and praised.

The animated sequel delivered on all the things that made the first one great like a gorgeous world that half the fun was exploring what was going on in the background, fun comical takes on iconic characters that use witty reference that appeal to fans and casuals, action sequences that challenge any big blockbuster for excitement and a healthy dose of heart with a message about the importance of being yourself and loving your family.

The biggest issue is that the first one felt innovative and breath-taking, while this time it was a meticulously crafted feature following the beats of what blew us away before. The ending really wants to have resonance and poignancy, but it just didn't pull those heart strings because of the overwhelming feeling of familiarity. But would I recommend it to every family and fans of the original? Of course, I still recommend it and it lands as one of the best movies I've seen in 2019, but unless all the movies I anticipate misfire, I don't see it in the conversation of one of the best even by the mid-year. My own high expectation don't take away from the fact this movie look stunning on the big screen and I had a blast for the entire run time.

Speaking of familiar, Cold Pursuit used that to their advantage with a dark comedy that deconstructed Liam Neeson revenge thrillers from the past decade. It is the North American remake of Norwegian film, In Order of Disappearance, which both ended up being directed by Hans Petter Moland. The original is available right now on Netflix Canada, and I do want to check it out, as the word is it is the better movie. I enjoyed this one playing on the fact Neeson did not have any special set of skills and was just a guy who drove a snow plow yet was stumbling his way around for revenge for the murder of his son. It is overstuffed and some characters turned out pointless, but as a fresher take on the Neeson formula it was a fun surprise. I also confess the very black comedy won't work for everyone, and you shouldn't go in expecting a typical action picture.

The worst movie that I've seen in theatres this year ended up being my last one so far, the creepy kid horror, The Prodigy. You don't want your child to be super intelligent and talented, because that also means he will likely murder you and all those you love. Or maybe not. Anyway, this movie established certain things right off the start on why the boy may be dangerous and acting strange, and then it essentially sticks to that all the way through without any twists or turns. It does have some decent scares and well-constructed scenes, but it just feels too much like every other movie about an evil possessed child. It also really drags with scenes that aren't believable and have useless plot points like the father's background that cause everything to drag before you get the next decent scare. It also has about three too many scenes at the end that not only feel intelligence insulting but also feel really forced in setting up a possible sequel. I'd say this is still better than last year's February stinkers Winchester and The 15:17 to Paris.

Maybe that blow away movie is still waiting for me this month, and the problem is I just haven't seen it yet. I'm a little behind this month due to various factors, but over the next two weeks I should have reviews for How to Train Your Dragon: The Hidden World, Fighting with My Family, Alita: Battle Angel, Isn't It Romantic and Happy Death Day 2U.
Cold Pursuit February 2019 in Movies Movies Review The Lego Movie 2: The Second Part The Prodigy