Getting Nostalgic for Siskel and Ebert's Throwdowns 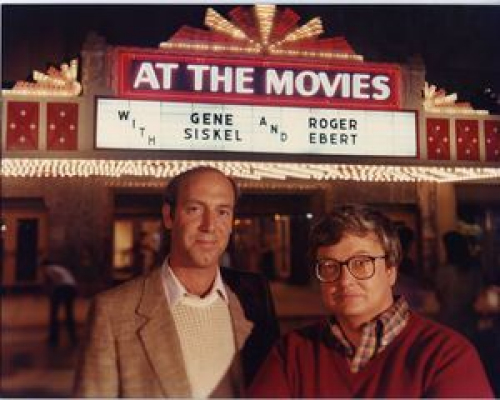 I have been pretty open about the fact that the inspiration and format of The Movie Breakdown podcast comes from the great movie review shows starring Gene Siskel and Roger Ebert. I watched the various incarnation of the shows religiously as a kid and it not only fueled my love for movies but also showed me the value in film criticism.

While I think The Movie Breakdown has become a pretty decent movie review podcast, I also realize it will take me and Scott many more years to achieve half the magic and chemistry possessed by Siskel and Ebert. These two had an unmatched wit that complimented a fiery passion for movies that just flowed naturally from them in every episode. It also helped that while they both seemed to respect each other, there was an almost hostile rivalry between the two that led to some of the most memorable arguments on their show. I'd love for The Movie Breakdown to have half the passion or have an argument with an ounce of the energy, but I also realize Ebert and Siskel were two guys that could have an explosive debate over what side dish is best to complement their entree or the best way to tie one's shoes.

Watching these old shows, you can see that the fun and energetic arguments were not contrived or forced, but natural responses between two smart, cocky and opinionated critics. They have had hundreds of unforgettable and entertaining reviews. The Nostalgic Critic has put together 11 of the funniest reviews, and it was a joy reliving some of those great exchanges.

The reviews that I remember the most are definitely the ones where they viciously disagreed like on Cop and a Half or Benji the Hunted. This list is especially great to watch, because it showed they were just as funny and engaging when they were sharing disdain for an awful movie. It is nice to see those moment where they are having fun with each other rather than looking like they want to tear the other's throat.

I also have to agree with the final part of this video that it would be great if whoever owns the rights to the Siskel and Ebert shows that they would restore and re-release them. They still hold up really well and are a great example of the value of film discussion and analysis. Plus they are way more entertaining than hair plucking videos.