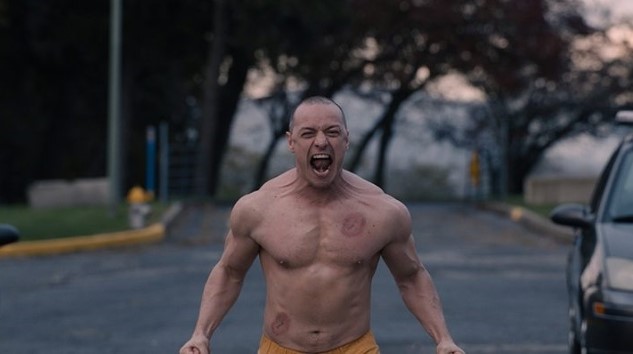 A quick look at the calendar says it is indeed February and we are now digging our way through 2019. This means we've got through January, a month among movie fans and critics that often gets labeled Dumpuary. This is the time that studios unload their great shames with little marketing in hopes of making some cash off people trying to shelter themselves from a raging blizzard. You won't ever see the latest Avengers movie here. It is the time that some believe you can stack up on your 'Worst of the Year' lists with the crown jewels of awful.

Yet for the second year straight, January as a movie month turned out okay. There wasn't anything that made me soar or cheer to the mountaintops (I would have to travel too far due to Ontario mostly just having hills), but I ended up being pleasantly surprised by the majority of the January 2019 theatrical releases.

There are two things you need to attach to that statement though. The first is that my expectations for the movies tend to be lower in January, as well as it being a new year, I tend to come in with renewed optimism and energy. The other point is that Replicas and Serenity did not screen in Brantford, so I missed two movies that apparently were cinematic disasters. Though from what I know about them, they take some crazy plot turns that turn them into the kind of awful that they may actually be worth tracking down. I tend to have a soft spot for grand ambitious failures and prefer them over dull generic safe movies (Robin Hood made my worst of 2018 because it really didn't take any fun and wild chances but was slotting a legendary figure into a generic superhero origin story).

The year kicked off with a horror, as has been the case for most of this decade. Typically, the horror movie is either an unnecessary sequel or a generic jump-scarefest riding the hottest craze. Escape Room shows some ambition, is high-concept, and different than most of the current hot horror movies. In my review, I said it was a mix of 1997's cult classic Cube with the Saw franchise, but also a film that wasn't mean-spirited and had you rooting for the characters to actually survive the deadly traps. The ending was a complete fart in the face, and my positivity may come from basement level expectations, but I really enjoyed most of the ride. I won't be championing this movie as the best of horror but as a fun 90 minute diversion it worked wonderfully. I'd also say it is solid gateway horror, and in a few years I'd happily watch this with Everett to prepare him for the darker stuff.

The next delightful surprise was the dramatic buddy comedy, The Upside. I think some of the negative critical reaction came from this being a remake to the critical darling The Intouchables. The original French movie is one that I enjoyed but don't hold in any special place. In this new take, I really loved the chemistry between Kevin Hart and Bryan Cranston, and found myself laughing with how they played off each other. It was also nice to see Hart playing a bit more nuanced role and showing he can handle the heavier dramatic lifting. This was the first real time Hart proved that he was a talented actor rather than a cartoon in human flesh. It is another movie that after a few days, I don't really think about, but in the moment it was charming and sincere. It was also great to see that the theatre was packed for a movie geared towards adults, and remind studios that they can release more that just superhero movies if they want to make money.

A Dog's Way Home was the only theatrical release in January that I didn't give my full recommendation (a movie with three stars and above out of four is what we deem a recommendation on The Movie Breakdown -- stealing the same criteria made by Gene Siskel and Roger Ebert on their slightly more popular show). I read one critic saying it kind of played like a mommy blogger's Instagram account where she writes captions of what the dog must be thinking. If that is a thing then that must be horrible, and that is probably why I was annoyed every time the dog spoke. I also thought there was great cinematography, they did a great job training the dog for her stunts, and it has a few sweet scenes, especially the bonding with the cougar and spending time with the homeless army vet. I largely concede this is the type of movie that isn't for me, but I am sure there is a huge portion of people that would absolutely adore this. I gave it two and half stars, and leave it to everyone to decide if my tastes have any value for them. This is also a movie that I feared could have been much worse.

The tough one for me is Glass, as I did recommend and enjoyed it but I still would call it disappointing. I consider Unbreakable a near classic and one of my favourite M Night Shyamalan pictures (and I like a lot of them). Split almost made my Best of 2017 list and was a movie that I intend to own on Blu-ray. Glass ended up being a step below both of them  Shyamalan ended up doing a little too much fan servicing and trying to spell out comic tropes too often. But I did love revisiting this world and enjoyed catching up with David Dunn and Elijah Price. The performances were great and there was some thrilling moments. The ending caused things to crumble, and I actually liked the ideas that Shyamalan tackles, but did not feel he did the work to make the emotional impact land. It was a flat ending because he was more focused on the twist then setting up the groundwork. I enjoyed the different take on the superhero genre and I will always take ambition that misses than playing it safe. I enjoyed most of the journey to the misfired ending.

The final movie was my favourite, because I got to see it with Everett. The Kid Who Would Be King was exactly the type of movie that I would have gobbled up as a kid. Everett is a lot like me, so he loved this story about a boy who finds out he is destined to be king and goes on a journey with his friend to slay the evil Morgana. It has a nice mix of fun action, heartfelt moments, and a sense of humour. This was way under seen, and if your kid loves adventures and can handle a few scary scenes (Everett has seen stuff like Gremlins, The House with a Clock in Its Walls and Goosebumps 1 &2) then a great time is in store. It is another movie that lacked stickiness, but I was having a blast in the moment.

There wasn't that great movie, but that is a rare thing in the first month of the year. I enjoyed myself almost every time I went to the theatre, and for the start of the year, that is a huge win. I hope that is a sign that 2019 is going to be yet another amazing year for movies. I definitely think February has potential to really deliver some great movies with upcoming features like The Lego Movie 2: The Second Part, Happy Death Day 2U, and How to Train Your Dragon: The Hidden World.

For those who may have missed some episodes, here is a list of The Movie Breakdown podcasts in January.

The Breakdown of the Worst of 2018 (okay, that was release on December 31)

The Breakdown of The Upside, Escape Room, A Dog's Way Home, Lionheart and And Breathe Normally (January 14)

The Breakdown of Things We Want to See (January 21)

The Breakdown of Glass, The Kid Who Would Be King, The Last Laugh and Godzilla: The Planet Eater. (January 28)

What? You want the first episode from February? Fine.

The Breakdown of Close, IO, Revenger, Solo and Fyre (February 4)
A Dog's Way Home Escape Room Glass January 2019 Movies Musings Review The Kid Who Would Be King The Upside