The Breakdown of 'How to Train Your Dragon', 'Alita: Battle Angel', 'Isn't It Romantic', 'Happy Death Day 2U', 'The Breaker Upperers', 'Dear Ex; and the 2019 Academy Awards 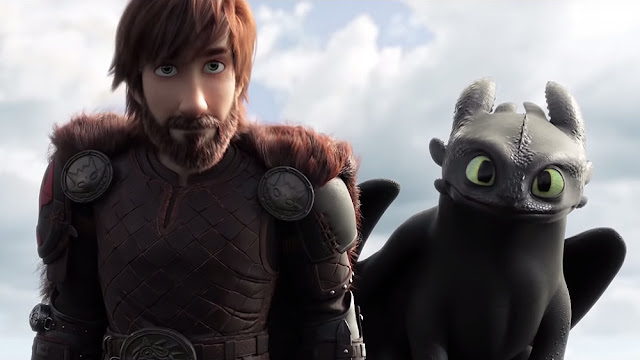 It is a super-sized episode of The Movie Breakdown that is so crammed with movie goodness that it needed to be a day late. Actually, it was a day late so we could discuss the 2019 Academy Awards, and that is exactly what we do. We also have six movie reviews that include some huge sequels like How to Train Your Dragon: The Hidden World and Happy Death Day 2U. We also have a sci-fi fantasy adventure in Alita: Battle Angel and a romantic comedy starring Rebel Wilson in Isn't it Romantic. We also have two Netflix Originals in The Breaker Upperers and Dear Ex. Then we look at some sequels to big hits that underperformed at the box office and look at what that says about the state of the sequel.

There unfortunately were some technical issues with Skype this week, so the sound quality in parts may suffer a bit (and the issues also caused me to at time rush through things since we couldn't hear each other well). It was still a blast to record and we really hope you love it. If you do, then please spread the word about us on social media so other movie fans can try us out.

Reminder that you can now subscribe either to The Movie Breakdown feed (a subscription link is at the top right hand of this site) or on iTunes (if you enjoy the show, please help us by giving us a five star review)