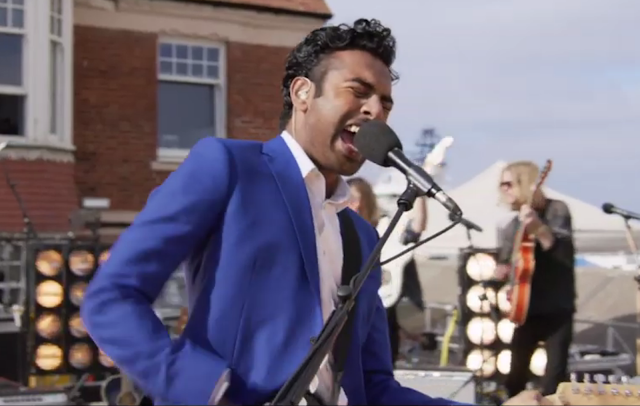 For the last several months, Scott and I have been declaring on The Movie Breakdown that romantic comedies are heading into a creative renaissance. Last year, you had popular and more importantly very good romantic comedies in Love, Simon, Set It Up, Crazy Rich Asians and To All the Boys I've Loved Before. It looks like studios and filmmakers have been paying attention as a few more romantic comedies are set for big studio releases. One of the most interesting upcoming movies is the high concept Yesterday with a plot where a struggling musician (Himish Patel) get into an accident during a worldwide blackout and wakes up the next day where he is the only person who knows about the Beatles and their iconic music.

It is a very intriguing idea where the movie could explore the challenges of sacrificing one's own creative voice for the fame that can be found in using another's work. Though the trailer seems to hint that the bigger focus will be on the relationship between the characters played by Patel and the wonderful Lily James. The trailer seems to have a fun and uplifting energy and you know the soundtrack will be amazing.  I am always a fan when a big studio tackles an often neglected genre. This should be a much needed palate cleanser amongst all the big special effects adventures during the summer movie season.

I have a lot of faith the movie will live up to the enjoyable trailer as it is being helmed by Danny Boyle who is one of the most diverse directors around who has proven he can do almost any genre with everything from Trainspotting to 28 Days Later to The Beach to 127 Hours to Slumdog Millionaire to Steve Jobs. I trust his ability to pull off an energetic, sincere and funny rom-com. He is working off a screenplay by Richard Curtis who has made his name by writing romantic comedies with a twist in stuff like Love, Actually, About Time and Notting Hill. I'm rooting for this one as maybe the multiplexes will continue to start offering some variety and prove all types of genres can lure people out.