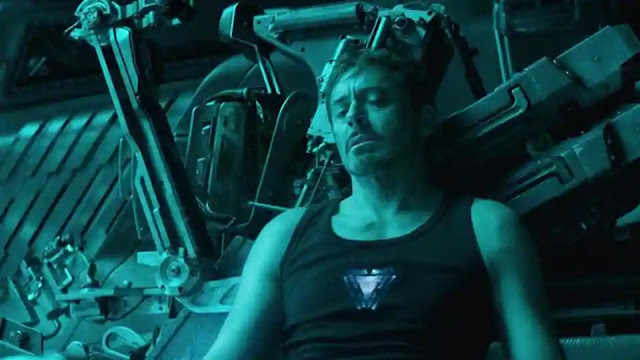 Over on Hollywood Reporter, there was a piece about how cinematic universes did not end up being the magic genie in a bottle that kept granting billions of dollars for a movie series and the article predicts that the MCU concept may change drastically with Avengers: Endgame. Scott and I have frequently talked about how Marvel Studios were one of the only ones able to master the cinematic universe. They were so successful at it with huge box office hits and people hotly anticipating almost anything that comes from the studio that every other major studio wanted a piece of the action.

I think Warner Brothers and DC Comics had a shot at it working but they got impatient and jumped to Justice League way too soon. It took Marvel four years of groundwork before unleashing the massive hit that was the original Avengers. Half the heroes in Justice League had only been seen in a brief advertisement-like clip in Batman v. Superman: Dawn of Justice. It also doesn't help that the only good movie before their big team-up was Wonder Woman.

Dark Universe will go down in history as one of the funniest big studio misfires. It also is the only universe to get its own trailer and the studio had a lot of faith it would be a massive box office juggernaut. Then The Mummy flopped and now, they are rebranding their monster movies with Blumhouse and going in an entire new direction (going back to horror rather than action adventures). I also hope you screen grabbed the logo, because references to that universe are done

Remember Sony's attempts in The Amazing Spider-Man 2? A blatant attempt at creating spin-offs and sequels that did so much damage they ended up selling Spider-Man back to Marvel Studios to try to rehab things. Venom was awful but at least it shows they were more focused on a standalone movie rather than a major tie-in.

There has been a Hasbro-verse threatened for the last several years that I think was supposed to include Transformers, GI Joe, Visionaries, Micronauts and other toys from the 1980s that I barely remember. It now works better as a running joke. I am pretty sure the Paramount studios is now less confident that connecting all these movies will mean anything in the box office.

Actually, the last few years proves connecting several properties into a shared universe means nothing in the box office unless your Marvel Studios. The thing that most studios have missed is that most Marvel movies have been mostly standalone with the connection usually saved to the stinger.

It looks like most studios have figured out that audiences don't care about shared universes. Warner Brothers and DC look to mostly be focused on doing standalone movies now and given up the big Justice League dream. The attention is now on just making a really good Wonder Woman, Aquaman and Suicide Squad sequel, and doing interesting movies like Joker and Shazam! rather than putting a focus on how they all connect.

Even Marvel seems to have slowed down a bit on connecting a bigger world, and movies like Thor Ragnarok, Black Panther and Guardian of Galaxy mostly work as their own things. I do wonder if after the big pay off in Endgame, if Marvel will focus even more on the movies being standalone. I know there will be another big team up movies, so there will need to be an overarching story (and a big bad) again, but I wonder if it will be even more subtle this time.

Subtle is the best way to put together a cinematic universe anyway. The only other really successful shared universe that I can think of is from the horror series The Conjuring. I don't think this shared universe was planned from the start like most of the other ones, but rather they stumbled into it. The Conjuring turned out to be a huge summer movie hit, and the Annabelle doll at the start of the movie freaked out the audience, so they decided to make a spin-off. The Nun spin-off was more purposefully set up, but the point is that this entire movie universe felt organic rather than mandated by a studio executive. Maybe it was mandated by a studio executive after they saw all that money, but the important part, it never felt that way. This isn't to say this route has produced all hits from a quality standpoint, because I didn't enjoy the first Annabelle or The Nun, but their issues have nothing to do with forced world-building.

Making a movie feel organic is the important lesson here. As studios move away from the cinematic universe dream, they are still obsessed with creating sequels. While a few years ago, the sequel laying happened within the movie and made for incoherent narratives like Terminator: Genysis, it is now mostly saved for either the stinger or a 'To Be Continued' like finale. I am fine with the stinger approach because you can just leave the theatre without even knowing about it. The cliffhanger end is becoming a real annoyance and leaves you unsatisfied. I probably would have ended up recommending Alita: Battle Angel except the finale is such a blatant set-up to a sequel and means I spent two hours on a story that had no ending. That is frustrating and is going to start being a franchise killer. Marvel is probably the only ones that can get away with cliffhangers, because they are so big you know you'll get that follow-up movie, but even when they have done it, I feel like I got a full story and a follow-up isn't mandatory.

My hope is that what all studios have learned from the great shared universe failure is that audiences don't want teases and unfulfilled story points that force them to have to return in a year. What they want is fully told stories that have a start and an ending that are all satisfied in the movie they are watching. You can have your stingers or your teases for something more, but a movie isn't a TV series. It isn't weekly storytelling. It has been and always should be standalone that gets wrapped up in one sitting. Even Empire Strikes Back with its clear set-up for Return of the Jedi is a movie that works fine if you only watch it and none of the others. I'd argue Avengers: Infinity War has a real ending and told its whole story, even though we know there will be more to come in April.

I said it on the podcast and I'll reiterate here. Every movie that fails to have an actual ending and instead feels like a giant ad for the sequel that may never come (that is the other problem, we almost never get the conclusion since these movies don't make enough money), I will automatically deduct half a star. I realize this threat is making filmmakers, screenwriters and executives shake in their boots. I really do hope the focus returns to just making great movies, and then with that success, they can make more if there is a clear audience.
Cinematic Universe Marvel Studios Movies Musings Sequels