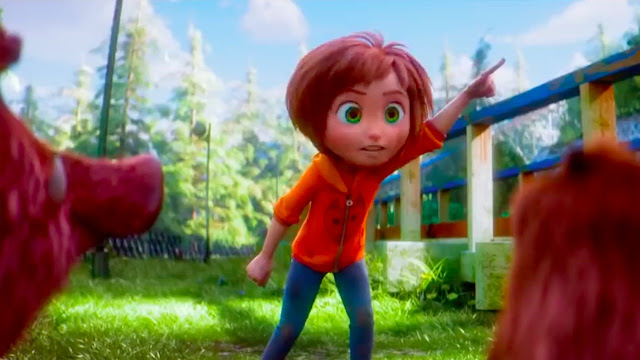 I noted on yesterday's episode of The Movie Breakdown that there was no credited director for Wonder Park. The original director, Dylan Brown was fired a year ago after several sexual harassment claims. Despite my attempted joke on the show, obviously the movie then didn't magically make itself, but instead, three other people came in to make sure the movie was finished. It would be a similar situation to Bohemian Rhapsody where Bryan Singer was fired and Dexter Fletcher came in to finish the movie.

The big difference between the two is that Singer was still given the director credit, despite probably being as much an awful human being as Brown and he clearly didn't helm large portions of the movie (he was let go almost a whole year before the release).

The fascinating thing is that animated features don't fall under the Director's Guild of America, so they don't need to follow DGA rules about credits. For live action movies, there must be a director's credit, and unless it is a director duo where they are helming side by side, there can only be one credited director. If there is an issue where a director is replaced or a revolving door of directors, the DGA chooses who gets the director credit. In the case of Bohemian Rhapsody, they decided it should go to Singer, which led to the odd experience at the Oscars where everyone who accepted an award for the movie never acknowledged the film's director (something I don't think has ever happened).

Since animated movies aren't supported by the DGA, Wonder Park goes down in history as the rare movie where no director is credited. This would never happen in a live-action movie; therefore, we have occasions like the infamous pseudonym Alan Smithee for director's that disown their pictures. Or cases like Rogue One: A Star Wars Story, The Suicide Squad and Justice League where we're left wondering how much the director credited was responsible for what was released (as they were replaced in reshoots).

It should also be mentioned that animated movies are not covered by the Writer's Guild of America. This is why an animated feature can have seven writers credited. In the case of a live-action movie, which is covered by the WGA, only three screenwriters can get an official credit (though the Story By: credit is different and a way to get another writer's name on the big screen). This is why we had a situation like Indian Jones and the Kingdom of the Crystal Skull where the movie went through an army of different writers over several years and much of that what they wrote made it to final movie, but there is only one screenwriter officially credited.

We shouldn't blame numerous writers credited for an animated feature for its story issues, because likely that many writers were involved in most live-action movie too, but they just can't receive the credit. As always, there is much more to a movie's creative process then we see in the closing crawl.

Anyway, I forgot to mention this on the podcast, and I find this kind of stuff fascinating. It is another reminder of the crazy politics and behind the scene craziness that exists with every movie. The more I learn about movies, the more I'm fascinated so many ever end up working with so many different people being involved.
Movies Musings The Movie Breakdown Wonder Park