Scott Breaks Down Why 'Us' Shocked Analysts and Experts 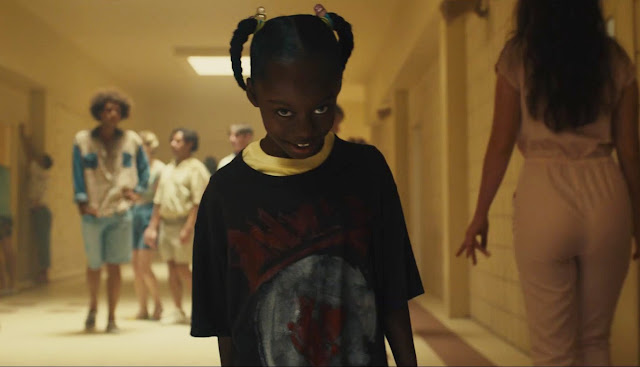 The box office analysts were wrong on Us, and it ended up being a way bigger hit than expected. Scott is willing to admit he was off too but was a lot closer with his $60 million prediction. Today, he looks at why Us was such a big breakout hit, analyze how it may do going forward and why this huge box office is a great thing for movies.

Heading into the weekend, I was feeling like the full-on dullard that I sometimes see myself as. My opening weekend prediction for Jordan Peele’s sophomore horror, Us, was rather bold. Higher than any of the predictions I had seen, my $60 million guess had me believing that my return to box office predictions was off. At the last minute, I wanted it changed down to $50, but the voice in my gut said to hang on. As it turns out, my adventurous guess was still ten million short of the $70 million it pulled in. Brad Brevet, over on Box Office Mojo, points out that this is the second largest weekend ever for an original, live-action movie. The only better opening was for Avatar in 2009, which walked away with $77 million. The big difference is that Avatar’s opening weekend only ended up accounting for around ten percent of its total domestic gross. Peele’s Get Out held on extremely well after the opening weekend, with the opening being 19% of the total domestic gross, but I think it will be difficult for Us to have the same kind of legs going forward.

I’m not trying to be a pessimist, but I can’t help but feel that the anticipation for the film and the fan base that Jordan Peele has tapped into may have had people rushing out to see this movie, making its run front loaded. There is no science behind why I feel this way, but movies with really big opening weekends have a hard time keeping the momentum going. I hope that I’m wrong about it, but my prediction is that the opening weekend may end up being a third of its domestic run. With a CinemaScore of ‘B’ and a Rotten Tomatoes audience score of 69%, both below Get Out’s CinemaScore of ‘A-‘ and RT audience score of 86%. Theatre goers seem to be enjoying this less, which may affect its legs. On the other hand, audience rating can prove to mean absolutely nothing.

Part of why it had such a stellar opening could be because it is the first big, true horror film of the year, as my podcast co-host, Christopher Spicer, pointed out. While there have already been Glass and Happy Death Day 2U, Chris said neither were straight horrors, with Glass being more of a thriller, and Happy Death Day 2U being much less of a typical horror than the first film was. Horrors have always been able to do well in the box office, but the last few years have had a number bringing in massive amounts of cash. It’s been just shy of half a year since Halloween blasted through theatres, and genre fans have had time to get excited about the next big thing.

The last thing that I want to say is that I honestly don’t want to hear ever again filmmakers (directors or producers) talking about needing white males central to a cast because it is the safe thing to do financially. Aquaman, staring native Hawaiian Jason Mamoa, was the first DC Extended Universe film to break a billion worldwide, and Wonder Woman is still their highest grossing film domestically by a large margin. Last year the highest grossing domestic film was Black Panther, even beating out the Goliath Avengers: Infinity War. In 2017, the three highest grossing domestic films focused on a female protagonist, and the fourth highest, Jumanji: Welcome to the Jungle, had a diverse cast. The fifth highest was Guardians of the Galaxy Vol. 2, which has definite sci-fi diversity. Us, which centres around a black cast, is just another movie in the last few years that prove audiences accept diversity. Yes, there are vocal groups of man-children that make the internet believe it’s an issue, but the financials don’t lie. The audiences, for the most part, want good stories, and don’t care about colour or gender. I know I sound like a broken record when talking about this, but the ignorance seriously needs to end.
Box Office Jordan Peele Movies Scott Martin Us