'Shazam!' Shows Maybe These Superhero Movies Might Be Popular, While 'Pet Sematary' Misses Being a Huge Horror Hit 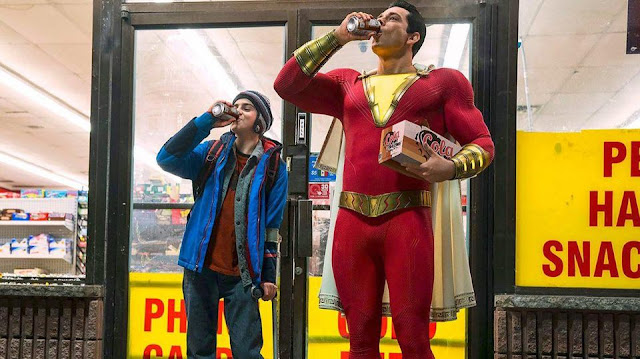 Scott is back with some analysis of how he did with his opening weekend box office predictions. It was a diverse weekend at the box office, but it became clear there were only certain movies that really attracted an audience. Scott looks at the reason each movie ended up grossing the amount that they did, and it is a great read for those interested in the box office race.

After bombing out on my predictions a week ago, I was able to turn in a more respectable outing this weekend. The slate of new films was very diverse, with a superhero flick, a horror remake, and a drama about racism. Options were on the menu, and two of the newcomers were able to top the charts.

For the second film in a row, Warner Bros DC has a hit on their hands. The change in strategy to move to standalone films that are director driven has delivered an estimated $53 million opening for Shazam!. It is the lowest opening weekend for a DC Extended Universe film, but that doesn’t mean anything bad. Early DCEU films tanked after opening weekend, and I can see Shazam! holding up well until The Avengers drops in theatres. With a budget of only around $100 million dollars, it shouldn’t be too long before this film is turning a profit.

Going into the weekend, it was clear that critics were fans of Shazam!, and with an audience CinemaScore of ‘A,’ this was a hit with movie goers as well. One of the more interesting stats from the weekend is that 55% of the audience was over the age of twenty-five. I really thought that this would be a superhero film that would be relying more on a younger crowd to push it forward. This statistic is healthy for the film, as I believe it shows it is not relying solely on the younger demographic.

Coming in second place was Stephen King’s Pet Sematary. While I predicted an opening of $30 million, I had a feeling that it could really end up breaking past that. I wasn’t expecting it to make the $25 million that it took in domestically, and the best I can do to explain that is to point the big ol’ finger at Jordan Peele’s Us. Paramount may not have picked the best timing for this film, coming only two weeks after Us, which has now made north of $150 million. With horror being very lucrative and a recognizable Stephen King property, I think Pet Sematary’s luck would have been better had it opened at another time.

The legs of Pet Sematary may not be as good as Us, as audiences didn’t seem to enjoy it as much. Receiving a CinemaScore of ‘C+’ doesn’t give a lot of hope for its future. Brad Brevet over at BoxOfficeMojo.com compared it to the opening weekend of 2013’s Evil Dead, which raked in $25.7 million in its opening weekend (which happened to be the exact same weekend six years ago). Ultimately, Evil Dead struggled after the opening weekend, and only made $54 million domestically, with it’s opening accounting for 47.5% of its total. I think Pet Sematary may hold a little better than that, but I don’t think it will be sizeably different.

Lastly, we have STX’s The Best of Enemies, which sees Sam Rockwell playing a racist for the second time in about two years. In my weekend prediction piece, I was worried that the lack of a Rotten Tomato score just prior to opening may not have been helpful to the film’s chances. Whether that was a part of the reason for it’s underperforming at $4.5 million, it seems that the people that did go out and see it enjoyed what they saw. The Best of Enemies earned a CinemaScore of ‘A’ and a Rotten Tomatoes audience rating of 74%. It should be noted, however, that there were only 87 audience members who gave it a rating, so there is a good chance that it is not truly representative of the audience experience. And now I am left to wonder why I even brought it up in the first place. I love when there is adult dramatic fare in cinemas, and I root for such films to do well, but sometimes having Oscar winners and nominees leading the cast isn’t enough to push people to buy tickets.
Box Office Movies News Predictions Scott Martin