Will the Box Office Be Cruel to the Money-Making Intentions of 'Hellboy', 'Little' and 'Missing Link'? 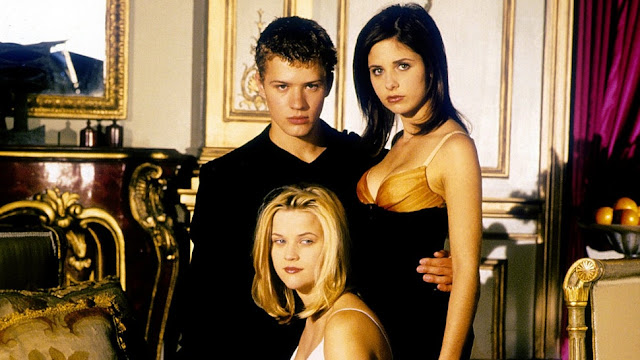 The weekend is almost here and that means a whole new slew of theatrical movies are upon us. It is a loaded week with four pictures opening today, and all are hoping they have an audience salivating for their arrival. Scott looks at the box office chances for each one and explains why some may be hits while others may be scrounging for loose change. He also might make you want to revisit the cult hit, Cruel Intentions.

While I thought that last weekend was a crowded marketplace for movies, this weekend ups the ante with four films entering wide release. No two films are hitting the same genre, so there is much to see for everyone. It is expected that last week’s Shazam! is going to take first place again, and the race will be down to which film will land in second. An argument could be made for two of the films having a chance to land behind Shazam!, and it’s likely going to be a close race. Warning: I’m not very professional in one of the predictions written below.

Guillermo del Toro brought the first adaptation of this property back in 2004, and it had a solid opening of $23 million. At this point, the biggest difference between that one and the newcomer is the critical reception. Del Toro’s film sits at 81% on Rotten Tomatoes, and this year’s film, directed by Neil Marshall, is performing at 11% at the time of writing. In total, there have been two previous theatrical Hellboy films, as well as two animated videos. The character has a fan base, and I imagine that it will create a front-loaded opening that will fall short of del Toro’s 2004 effort. Being one week after another action film in Shazam! isn’t going to help its chances at all.

With Regina Hall’s name attached to this comedy, it should attract a crowd. People may have to be prepared for Hall to be absent for the majority of the film, as her character turns into a young girl in a reverse on the Big formula. Honestly, the trailers look like there could be some good laughs in here even with the Rotten Tomato rating being 52%. The last comedy to get released in over 2,000 theatres was Tyler Perry’s A Madea Family Funeral over a month ago. Sitting amongst actions, horror, and drama, Little offers something different for viewers to turn to. The tracking for this film is anywhere between $12 and $17 million, and I’m going to go bold on this one and lean towards the top end of those estimates.

Produced by Laika, Missing Link looks exactly as one would expect. It is gorgeous, the story is interesting, and its a hit with critics (currently at 88% on Rotten Tomatoes). Laika has had five Oscar nominated stop motion films already, and it wouldn’t be crazy to guess that Missing Link will end up with another Best Animated Feature nom. Five years ago, Boxtrolls claimed their best opening weekend $17 million, but the tracking seems to be on the lower end of Laika performances. The cast is as impressive as the visuals, but, as with many Laika films, this one won’t have the kind of opening weekend that is common for more conventional animated films.

Well, if I were to ever ask someone to create for me a parody trailer for a young adult take on Fifty Shades of Grey, I’m sure I would end up seeing something identical to the trailer for After. I suppose, there is some sort of audience for a comical looking romantic drama about a girl who falls for some kind of mysterious hunk with a pretentious and forced name such as Hardin Scott. I have looked into the bowels of hell, and they are screening After 24/7. Apparently, there is some sort of connection between this story and the boy band One Direction, which means there will be a few people lining up to see this. For all of those interested in something that doesn’t appear to be derivative to the max, Missing Link is an option. Heck, anything is an option. All of those looking to see a film with every cliché since Cruel Intentions will be lining up for After.

On the topic of Cruel Intentions, Sony released it in theatres a few weeks ago to celebrate its 20th anniversary. I’m not sure what they were thinking as far as a continuing audience for this film, but it was screened with the 13th highest theatre count and ended up with that weekend’s 97th per theatre average. I’m not sure how After will do on its 20th anniversary release, but my gut says it won’t do nearly as well.
After Box Office Cruel Intentions Hellboy Little Missing Link Movies Predictions Scott Martin