A 'Marvel'ous Movie Review Series Exploding on the Blog 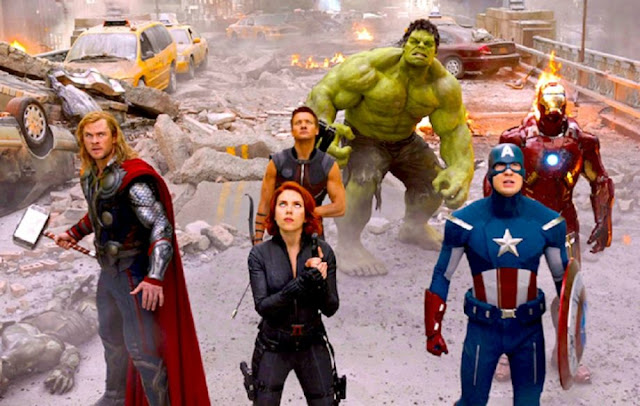 Ever since the release of the epic Avengers: Endgame, most film writers have been ranking the 22 Marvel Cinematic Universe movies. I totally understand the reason since the most recent movie was a conclusion to a massive 10 year-plus series. It all started with Iron Man, an at the time surprise box office mega-hit. Even then, Marvel Studios was planting the seeds for an ambitious collection of movies, but we didn't know then how it would reshape cinema. I'm intrigued to find out how far ahead plans were for the future when they started filming that movie and if Endgame was a realization of the original vision.

I love the idea of raking each of the movies, but to be honest, some I haven't seen for almost 10 years. I don't feel like a ranking right now would be honest without revisiting each of the movies and see how they resonate with me now. What I'm going to do over the next several months (probably over the remaining year), is in order of release review each picture from this sweeping series (Spider-Man Far From Home will be out of order due to being released while I'm doing this series but will also be the 23rd).

The plan will be to review each as a separate movie, but also analyze their contribution to the bigger picture of the universe. I think, it would be really cool to track how the movies evolved over time and where the shift in potential plans or creative ideas occurred. This is without a doubt the biggest series of movies in modern pop culture, and so my hope is to dive deep into how this happened. Then after I finish this ambitious project, I will rank the movies.

I only think, there were maybe two movies that I didn't ever recommend in the series the first time I saw them. I also have very little memory of Iron Man 2, Thor: Dark World and The Incredible Hulk, so I am excited to revisit those. I'm interested to see if movies I was a bit flatter on like Thor, Iron Man 3 and Avengers: Age of Ultron have improved with age.

The goal is to kick it off with Iron Man in the coming weeks. Let me know if you want these to be spoiler-free or for me to talk in-depth about major plot points.
Avengers Blog Iron Man Marvel Studios MCU Movie Upcoming Plans