One Big Movie Event is Enough to Declare April a Winner 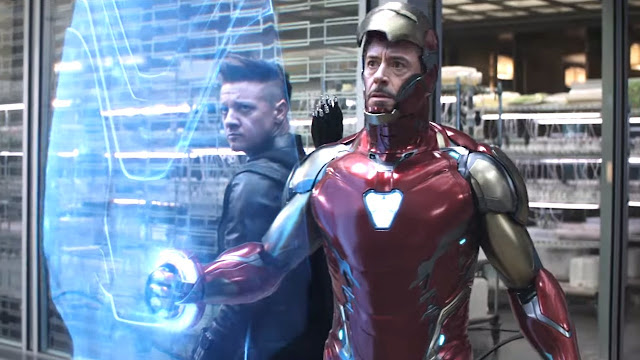 2019 isn't quite shaping up to be what I'd call the best movie year since I started professionally reviewing movies in 2012. But some of the hotly anticipated movies have been the hits that we were hoping to see. Last month, we had the great horror-thriller from a second-time director Jordan Peele with Us.

April had the biggest movie event of the year in the accumulation of 22 movies leading to the grand 'finale' (yes, there will be more but what they've been building towards was paid off), Avengers: Endgame. It is quite the achievement that a movie that created this much buzz and had this much hype was able to deliver. It was a satisfying and emotional conclusion to a series that has captured the cinematic zeitgiest for over a decade. It was full of fun call-backs and tributes to the past movies and making all that came before seems more important.  It gave closure to major characters that we've spent many years watching. It is a good movie even if this is your first Marvel Cinematic Universe film but is something truly special for those who have seen every single movie. It has some very emotional performances that give a lot of weight to the characters, but also has one of the most fist-pumping and crowd-pleasing big action finales in any special effects epic. This should be mentioned on The Breakdown of the Best of 2019, and if it doesn't, we got an amazing second half coming our way.

Nothing was as epic as the Marvel offering but I'd say the theatre experience of this past month was largely satisfying. Shazam! kept the DC quality movie streak going with a movie that was bouncy and light and actually fun. It has some dark bits that kept it from being the family movie that it was being sold as, but it also made it feel a bit like a 1980s version of a kid's film that always had a few scary or inappropriate bits (that is why adults are so messed up now). Zachary Levi is fantastic as a boy in a grown man's body and has a great chemistry with Jack Dylan Grazer where they feel like two friends freaking out over newfound super-powers. I also loved how they handled the foster family and there was a nice message about how a bond is more than just blood.

The Stephen King quality streak was also extended with Pet Sematary. It made enough changes to justify a second adaptation and it keeps the creepy atmosphere and chills of the book. It is a really dark story and I was rattled by the end of it. A movie like this is setting out to disturb and shake you, and it is really effective at that. It also is Amy Seimetz's biggest stage and proves what an incredible talent she is. If you want something that will give you nightmares, then this is your road to a sleepless night or two.

Maybe I should have made the theme of this month 'streaks.' Because Laika has delivered a great animated adventure every single time and Missing Link keeps that rule alive. This screening was extra special because I got to share it with Danika who adored the movie. The animation is always gorgeous, but the story is sweet about the importance of acceptance and like Shazam!, family can come from many places. I love the imagination of this one and I really cared about the characters' journey and discoveries. It was under-seen, and your family should definitely track it down.

Now, for those that want my in-depth thoughts, you can check out my past month worth of reviews on 'The Movie Breakdown podcast. Here they are for your convenience.

The Breakdown of Dumbo, The Dirt, Budapest, River's Edge and Your Son

The Breakdown of Shazam!, Pet Sematary, The Highwaymen, and Walk. Ride. Rodeo.

The Breakdown of Missing Link, Unicorn Store, Burn Out and Girl

The Breakdown of the Underdog: Billy Elliot, The Muppets Take Manhattan, Walking Out, Cliffhanger and The Benchwarmers

The Breakdown of Avengers: Endgame, Someone Great, The Perfect Date and The Summer Box Office Challenge