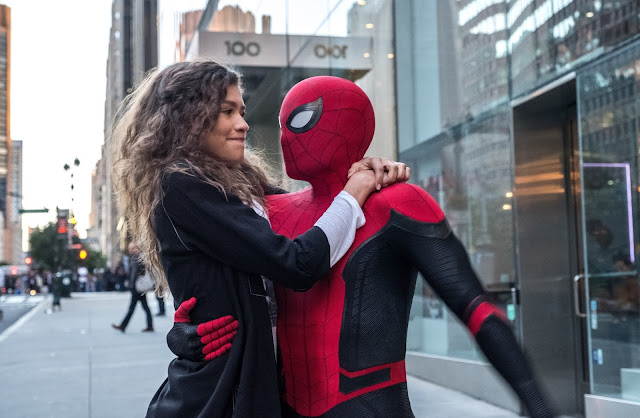 It was major and shocking news several years ago when it was revealed Sony and Disney were entering into a partnership that would allow Spider-Man to join the Marvel Cinematic Universe. It is very rare when two competing movie studios of this size work together, especially with something of this scale. But Sony was desperate after The Amazing Spider-Man 2 was a box office disappointment and Marvel Studios has wanted Spider-Man since the beginning and knew the character could play a huge role in upcoming storylines starting with Captain American: Civil War. In retrospect, you can see how the unimaginable thing became reality.

Jump to today (or a few days ago now), it is equally shocking to learn that it seems the deal is now done. All signs point to Sony taking back full control of Spider-Man and MCU will be Spider-Man-less again. This shouldn't be shocking news, because it is a miracle any time two studios are united, but it was a relationship that still had a lot of long-term benefits for both sides.

It seems that Marvel Studios was no longer down with a deal that only gave them 5% of the box office gross along with merchandise sales and was looking for a deal closer to a 50/50 split (some sites report 30%), while Sony obviously wasn't down with what then would mean a significant decrease in revenue after Spider-Man Far From Home became their highest grossing movie ever.

Even though it is being reported that both studios have divorced, I don't think the negotiations are over and that this 'leak' is a power play move by Marvel Studios, They were hoping for exactly what they got, which was outrage from fans that are annoyed to see their favourite superhero leave the most success movie franchise of all-time. Marvel is banking on the outcry from fans, the same type of fan outrage that happened after the poorly received The Amazing Spider-Man 2 that lead to Sony talking to Marvel the first time. with hopes of similar results.

My prediction is the current biggest movie story of the summer will turn out to be nothing more than hyperbole that spawned articles like this but ended up being just chatter by the time 2020 rolls around. Marvel and Sony will work this out and Spider-Man will be swinging around in the MCU again. I also may be completely wrong on this, but I'm trusting Sony isn't this stupid and Marvel cares too much about the long-term plans and quality of the MCU.

Sony must realize there is a major reason that both Spider-Man Homecoming and especially, Spider-Man Far From Home were huge box office behemoths. People love Spider-Man, but Homecoming had the added sizzle of Iron Man being in the movie as well, and fans were interested in what kind of fallout from Civil War would be addressed. Far From Home was an even bigger hit because it was the follow-up to the biggest box office movie of all-time in Avengers: Endgame. Marvel fans were excited for another Spider-Man movie, but even more so, they were interested in the direction of the universe after the huge events from Endgame. The trailers made it very clear that the movie would explore the repercussions of Endgame and set the direction for the next phase.

Does Sony believe that the third Tom Holland starring Spider-Man will be as successful without it being tied to the MCU? I think, a Spider-Man movie will always do well, but it could be a massive dip if Marvel fans know it won't play any part in the Marvel Universe and is instead part of an extended universe connected to the Venom and Morbius movies. And we can all be honest now right? Venom was kind of awful. Since we all know that now, the sequel is going to pull an Alice Through the Looking Glass.

Maybe Sony is aware a Spider-Man 3 absent from the MCU will underperform compared to the previous two, but they will still make more than if they had to share a significant amount of the gross with Disney/Marvel. Financially speaking, they will come out richer not attached to Disney and Marvel. But don't forget that this coming to Disney in the first place wasn't due to The Amazing Spider-Man 2 being a flop but rather it did less than expected and had a horrible critical and audience reception. While they obviously are capable of making great Spider-Man movie as was proven with the first two Sam Raimi picture and Spider-Man into the Spider-Verse, but there will be a stink on them with fans if they know it is missing the sheen of the MCU behind it.

It isn't all Skittles and cupcakes for Marvel and Disney here either. It was clear in Spider-Man Far From Home that Spider-Man was a central part of MCU plans and he was going to kick-start the major storylines going forward. There were hints that he was going to be the new leader of The Avengers and be the connective tissue for many of the other movies. That is all flung out the window if Marvel Studios doesn't have the right to use him anymore. Kevin Feige and Marvel plan a significant amount ahead and probably have major story arcs set up for the next ten years and my assumption would be that Spider-Man was heavily involved. This means things need to be scrapped and plans will now need to be reworked. It is also going to leave fans unsatisfied if we don't ever get pay offs to things hinted at in Far from Home. This isn't really where anyone would have Spider-Man's MCU story end.

Even though losing Spider-Man from the MCU would be a huge blow to their storytelling, I'd say Sony is worse off. Without having the major Marvel heroes available, the next crossover they can do is Venom, which then sets up another Venom movie and trust me nobody really wants that deep down (it is happening, but why have him ruin a Spider-Man movie as well). You can include Morbius, but can't we all just trust we have Jared Leto in enough franchises right now?

As for MCU, at Comic-con in July they announced upcoming movies that will be release from 2020 to 2021 as Black Widow, The Eternals, Shang-Chi and the Legend of the Ten Rings, Doctor Strange in the Multi-verse of Madness and Thor: Love and Thunder. Do you notice what isn't on the upcoming slate? No Spider-Man or Avengers. Looking at all those movies, it doesn't appear they would need Spider-Man for the next two years anyway, so they have time before the absence of Peter Parker complicates things. They can bide some time before they need him, or they have enough movies to shift the focus where not having Spider-Man is an issue. MCU is bigger than just one character, and while Spider-Man enhances things, his absence doesn't ruin things.

While I'm not confident yet in Sony realizing the future isn't doing their one downgraded version of a cinematic universe. Something tells me that they pulled away from this deal because they are still clinging to the hope that they can create their own shared universe, despite the fact the Dark Universe, DCEU and King Arthur proved audiences don't care about them. A shared universe isn't a selling point for a movie fan unless its the MCU. I fear Sony have full control of Spidey will mean another scene of a character walking down a hallway scattered with ads for all the spin-off movies that will never happened after Sony hits another box office dud.

This is all a bit of bummer news. Considering how much money is involved and studios tending to have short term visions, it was also likely inevitable. But I also still predict that by 2020, Marvel and Sony will remarry for at least a few more years.
Disney Marvel Studios MCU Musings News Sony Pictures Spider-Man