First Day of Junior Kindergarten: All My Kids Are Growing Up On Me 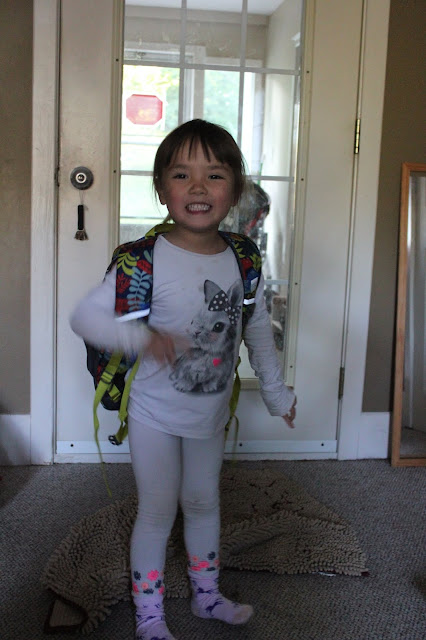 The day has finally arrived. I've become a father of two school-going kids. This is not the first time I've been in the house with only the pets to distract me for the day, but the idea that this is the new normal is what makes it so odd. And if I'm going to be honest, a little sad. 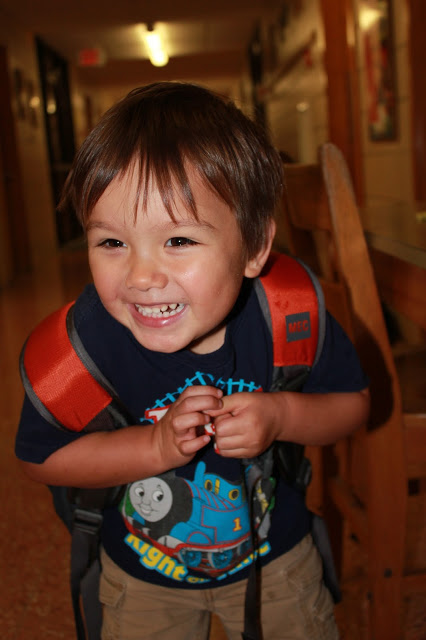 It was big deal four years ago when my little boy Everett went into Junior Kindergarten. Everett, being the oldest and never going to daycare, didn't really have an idea of what to expect at school. The first day also ended up being a bit of a whirlwind as miscommunication meant we never got a package to tell us first day protocol or where to go, and when I called the week before, the very kind principal gave me all the wrong information.

After a day and a morning of prepping Everett for his first day, I got a phone call informing me that the teacher just got Everett's name added to her class and wanted me to know that Junior Kindergarteners don't go to school on the first day (I was told that they did). The next day was a rainy mess, and we ended up entering through the wrong doors and our good byes to Everett ended up being rushed due to the secretary drinking lime juice instead of her morning coffee. 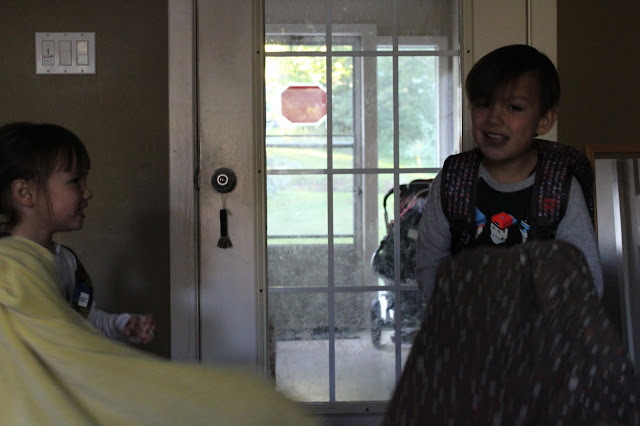 Due to the rush, I didn't really get to say a proper good-bye to Everett on his first day and since my encounter with school staff was rather abrasive, I think I left the school more annoyed rather than working through my feelings of my little boy growing up on me. It hit me when I got home, and I thought about him constantly that first day. It wasn't the first time that he was gone for a day (he often went to grandma's house once a week), but I was struck with the feeling that this was now the new normal. Emily joked that I couldn't get back to Everett quick enough, as I sprinted back to the school to pick him up that afternoon.

I've now learned that it isn't that much easier saying good-bye to your second child on their first day of school either. Danika's first day was today, so the last two days were special 'Daddy and Danika' days. I devoted those days to her as we went to the park, played with Play-Doh, threw the ball to the dogs, went to many magical realms and had a special screening of Frozen. I treasured those two days with her as much as I could, since the two of us having the house to ourselves would not be a common event ever again. 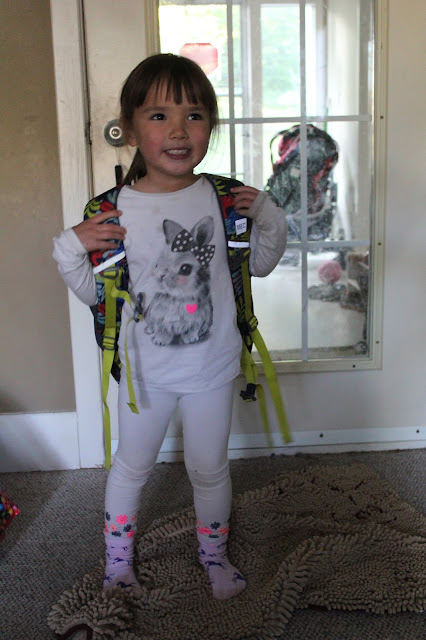 Danika was very excited about starting school today. She had a better idea of what school would be since she saw Everett go to it for the last four years. I was now a pro of first day of school protocol and entrances. Danika is one that spreads her excitement to all who are around her. She would stop strangers on the street to tell them she was going to school. She leapt throughout the house screaming about her future at school. She couldn't wait. She was up early this morning and told me all the things she wanted to show her teacher and couldn't wait to make new friends. She rode her bike to school while singing about how she was now big enough to go to school. 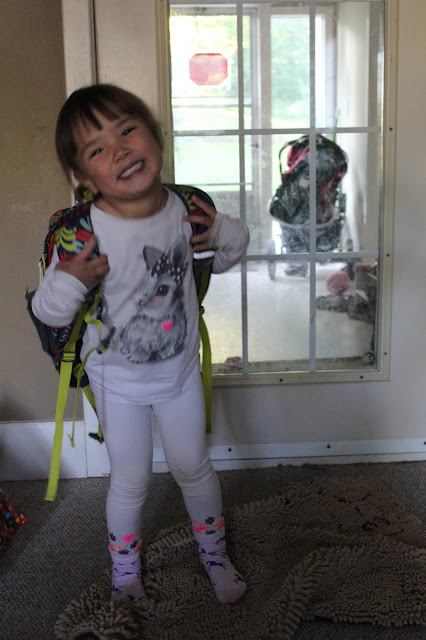 Then we arrived at the school. She got very nervous and whispered she was scared, I reminded her that she wanted to show her teacher her new backpack and her new hot pink indoor shoes. That was enough to have the excited Danika return, but then when the bell rang, she clutched my hand and let me know how much she would miss me. 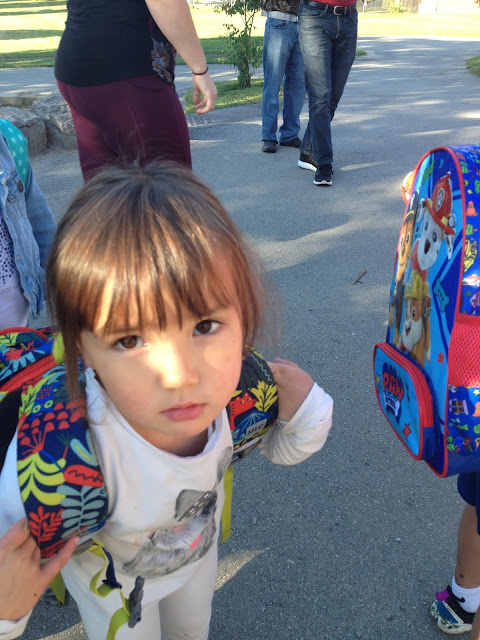 This is where Everett, the one who for two months was scared to go to school and fought to stop me from pushing him through that Junior Kindergarten door, became the amazing big brother that I know him to be. He took his sister to the kindergarten area and showed her how to line up and encouraged her that she was ready. I was so proud of him, and I think, having her brother at her side helped a lot. After he left, I gave her a few more kisses and hugs, and she was now ready to chat the ear off her teacher and strolled through the doors to her classroom. Then I suddenly learned I had a minor medical ailment, as my eyes started to leak. They remained wet all the way home.

Now, I am in my quiet house with just my two pets. There is no one trying to sneak into forbidden drawers. No one singing that they want to go to the park. No one calling me cookie monster or Superman. I don't need to worry that when I come back in after letting out the dogs that there will be a naked person in the house covered in lipstick. While a quiet house is not new, as Danika went to grandma's once a week, but it is the gut-punching reality that this is the new normal. It is a good change, but one that still makes me feel a little heavy and somber today. I've spent a lot of time today thinking about my kids and cherishing all the magical times that I have had with them. 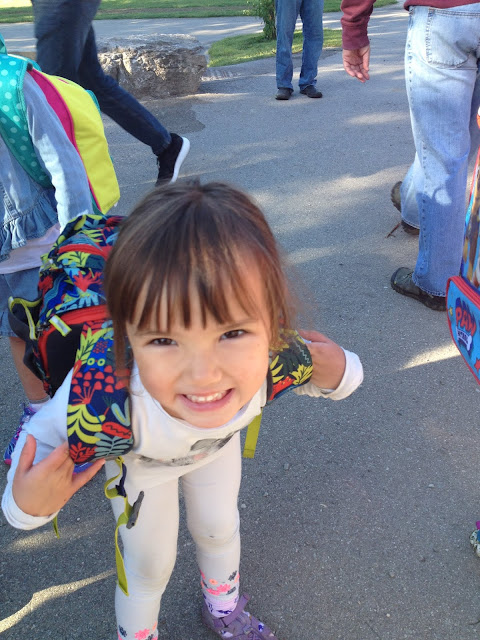 As I told Danika, school doesn't mean that I won't play with her anymore. It has now just made evenings, weekends and holidays even more precious. It has reminded me to make my time with my kids as special and memorable as I can. It has also made me a frequent traveller on Nostalgia Lane as I think back to when my kids were younger and how lucky I've been to be able to spend so much time with them. 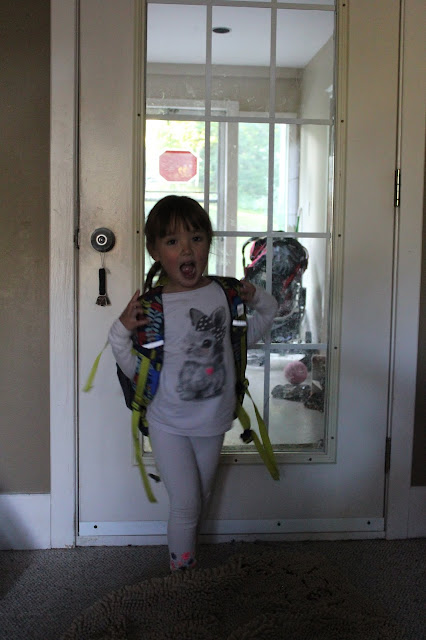 I've learned a lot as a parent. I am pretty sure I've learned more than I've taught my kids. A big thing I've learned is that growing up is happy. Change is a good thing. But change and growing up doesn't take away all those years and memories that I have. I am allowed to celebrate and treasure the past, but I need to also love and live in the moment. My kids were and are amazing human beings, and I need to enjoy each major milestone and all the small pebbles along the way. 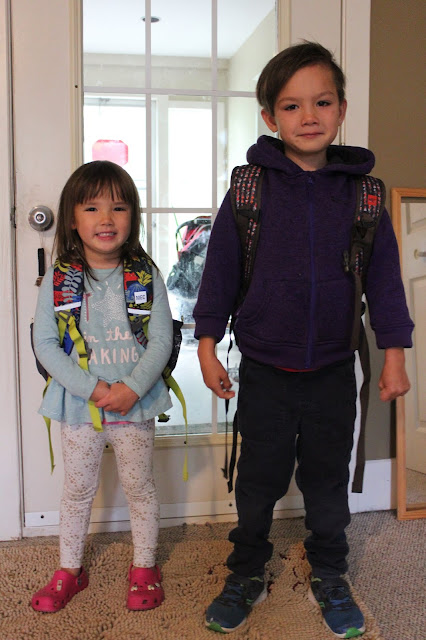