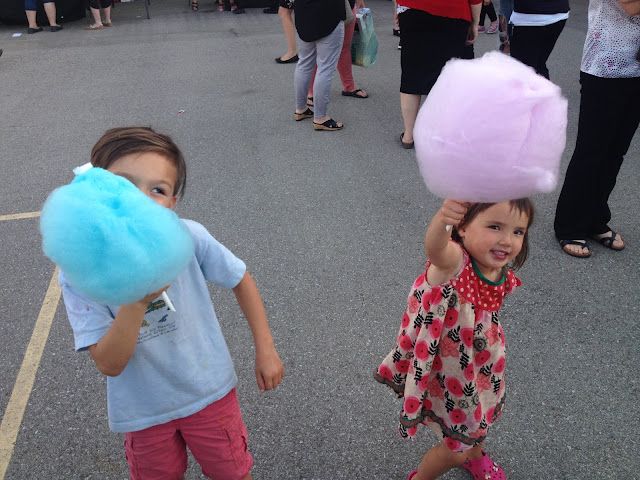 The world is a trash fire. Or at least, if you spend any time online, you'd be left to believe that. I feel like as the last decade rolled on, we got more pessimistic and cynical. I'll admit that the 2010s won't go down as the decade of dancing lollipops and snuggle blankets. I also have been telling my son Everett lately that we can't always control what happens to us, but we can always control how we respond. Even though many of us were eager to say good-bye to the decade and start fresh today, I think we can also think back on some positive and good things that have gone down these past ten years. We can remain positive and joyful.

In order to ring in the new year and decade on an optimistic and hopeful note, I'm going to list ten things that made the 2010s great. I should add that some of these are very personal, but hopefully, it inspires you to think hard about great things that you've experienced in the 2010s.

1. The birth and early life of my two kids. I became a dad in the 2010s, and so this decade will always have a special place for me. I also got the privilege of working from home, and so I got to be right with my kids during their first three years. I've been amazed to see Everett become a thoughtful and creative young man and Danika form into a confident and imaginative young lady. It has been a treasure to see them grow and develop their own distinct personalities and talents. They also have been great at reminding me that the world is a wondrous place and to believe in the power of being optimistic and positive. Most of my greatest memories of the past decade have been time spent with my kids, and as much I've tried to teach them, they have taught me so much more.

2. The Movie Breakdown. Near the end of 2012, Scott and I realized that we talk about movies a lot. We started wondering if we should try out this crazy thing called podcasting and see if others would like to hear us discuss movies. While the podcast still has lots of room to grow and expand an audience, the weekly recordings have become one of my major highlights and not only is it an important part of furthering my career but has also been amazing for my emotional health. When Scott moved away at the end of 2016, it also became a way for us to keep in touch and keep the friendship strong.

3. The amazing leaps in home technology devices. Phones are now mini-computers where you can access information no matter where you are. You can talk into a small device that will dim your lights and instantly have 'Footloose' by Kenny Loggins blaring through the house. TVs are getting bigger and the picture crisper and now you can even download apps on them, but also over time, they are getting more affordable. Computers and phones can talk to you now and can often solve problems and issues within seconds. Simple day to day tasks has become easier and life is more convenient. You can say that we've become more reliant on technology, but our lives are also much more streamlined and efficient.

4. On-demand entertainment. I was going include stuff like streaming and music playing services under technology, but its rise really justifies its own number. No longer do we have to watch a show at a time specified by a network or rummage through a mountain of CDs to find that song we want to hear. There are now services that allow us to play almost any song that we want or let us binge entire TV series in one sitting. Saturday morning cartoons are now any day and any time. As a pop culture history geek, this is a great time to find those movies or shows from the past that I missed the first time. It is also a great time where classic works get revisited, because they are so much easier to access now. Friends suddenly became a hot show among Millennials, even though the series has been done since 2004. It is a great time for works to continue way past when they were initially hot and popular.

5. A great time for creative people to make a living and get their works seen. The rise of things like Kickstarter and Patreon mean that an artist has more opportunities to create for their fans but also potentially make a decent living. There are so many outlets online where one can post their podcasts or books or paintings or movies that can be seen by a large audience. More than ever, a creative person doesn't need to rely on a big corporation but rather can create work that directly goes to their fans. It is still competitive and has many challenges, but a hungry, creative and innovative artist has many more opportunities for success.

6. Another Star Wars trilogy. Not only did I get more Star Wars movies in the 2010s, when at the start of the decade I thought it was done forever, but I got to experience every movie with my son, Everett, and got to share in his joy and love for the series. I also got to come full circle, I saw the original trilogy with my dad in the theatre and got to see the final movie with my son in the theatre.

7. Hollywood taking great movements towards diversity. Even though there has been a lot of hatred over the last few years and we feel more divided than ever, there has been reason to believe that we are making our way to some great social change. One place that points to that is the movies Hollywood has made in the past few years after criticisms for the lack of diversity in movies and of course, the horrible secrets that were uncovered with the #MeToo movement. The industry took it seriously and we've seen some major changes. The workplace is becoming a more inclusive and safer place. In Hollywood, the four biggest comic book movies of 2020 will be directed by women (two of Asian descent) and that is because of the groundwork and movement made in the 2010s. We saw major box office hits like Black Panther and Force Awakens, where the leads weren't white men. There have been some very positive movements when it comes to diversity and acceptance.

8. Reading has become cool among boys. Maybe this is just within my circle, but my son loves reading. He has several friends that are really into it too. I know 15 years ago, there was a fear that young boys were not interested in reading and they had to come up with creative ways trick them into reading. Over the past ten years, we've really seen the further rise of popular book series for young adults and kids, from Dogman to Diary of the Wimpy Kid to Amulet to Fablehaven. There is a healthy continued rise of books that young boys are excited about and gives me hope that reading will continue to be a viable hobby, even during an era of so much technology and distractions.

9. Avengers: Endgame was pulled off. I never would have imagined MCU to be the massive success that it turned out or that we would have ever got a movie like Avenger: Endgame. A feature that was the finale to a massive interwoven 23 movie series. Incredible.

10. I have family and friends that I love. This is what will always make every decade worth living.
2010s Danika Everett Musing My Life Year-End