Reflecting on the 2010s: An Introduction 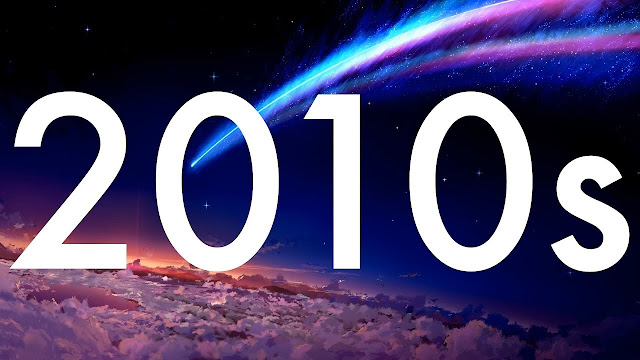 The year of 2019 is almost over and with the passing of this year, we are also saying good-bye to another decade. This will be the fourth decade that I've been in from start to finish (I was in diapers and just figuring out the English language for all of my stay in the 1970s), and it was a pretty wild and amazing one.

From a broad perspective, this is the decade that saw social media become a major influencer to the point people became rich celebrities from it, a racist reality TV star became President, the Avengers movies were unleashed to restructure the cinematic landscape, a new generation of Star Wars movies entered the zeitgeist, streaming services threatened traditional entertainment, the political far right got a prominent foothold in many nations, while in other cases nations saw their people rise up demanding great social stage, #MeToo and #BlackLivesMatter became real movements that demanded we look at the current landscape and the Chicago Cubs finally won a World Series.

On a personal side, it was game-changing as I lost my father-in-law, saw the birth of both my children, experienced my first decade where I was married the entire time, landed my first paid film review, started The Movie Breakdown podcast that changed how I view Sunday mornings, and landed the wonderful house that I currently live.

My point is that the 2010s were a big deal for me personally, but also a rather significant time on a global stage. Some of it has been amazing and other parts of it have been a flaming bag of dogshit. You mix it all together and it came out a very memorable decade that will be remembered in the annals of history or for the personal stuff, I will at least still be reflecting on it several decades from now (I still have a few decades left in me).

While we start getting ready to bid adieu to another year and decade, I want to look back at some of the major moments from the 2010s. I will reflect on some things from poo culture and politics and news and sports and such, but I also want to look back on the major milestones from my personal life (there isn't much that will ever top the birth of my two children). Over the next month, I will be writing a few pieces that will be reflections of the 2010s, and it will hopefully, be a delightful and thought-provoking jaunt down nostalgia lane.

I know. I know. Over the last year, I've promised a few series including reviewing every Marvel Cinematic Universe movie, and they are still coming, promise. I just ended up hyping them a year early. What I will be doing this month is a few pieces reflecting upon the 2010s. This means that the blog will actually be active this month and you should have a decent amount of stuff to read. On top of those pieces, I'll have a few movie reviews and whatever else ends up being worthy of my words posted on here.

Here is to the 2010s. You were interesting, and for the next few weeks, I'll analyze why.
2010s History Hype Musing My Life Pimpage Pop Culture Reflection