The Breakdown of 'Star Wars: The Rise of Skywalker', '6 Underground', 'The Two Popes', 'The Lighthouse' and Remembering Dann Aiello 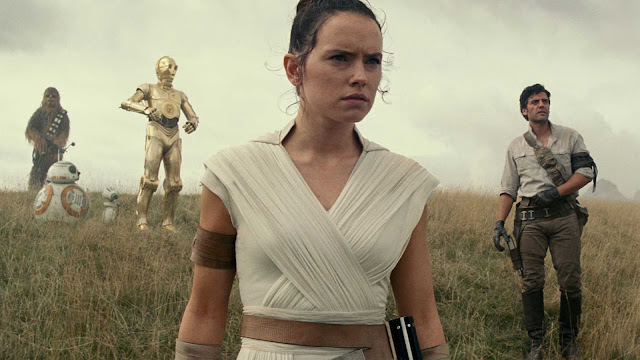 It is our final traditional movie review show of the decade and I can't think of a bigger way to end it. We will be reviewing the movie that is being promoted as the end of a massive nine movie saga in the sweeping space adventure, Star Wars: The Rise of Skywalker. We also look at two movies that garnered critical acclaim during the festival circuit in the based on true events The Two Popes and the bizarre period piece horror The Lighthouse. If that isn't enough, we've got ourselves some Bay-hem in the action picture, 6 Underground. It is the kind of show where we have both best of the year and worst of the year candidates. We also take some time to look at the inspirational career of character actor Danny Aiello.

We apologize for the show being delayed again this week, but we got swept away a bit by some of Santa's magic dust. Before that happened, we had a great time recording this episode and we really hope you love it. We also wish you a very Merry Christmas and happy holidays.