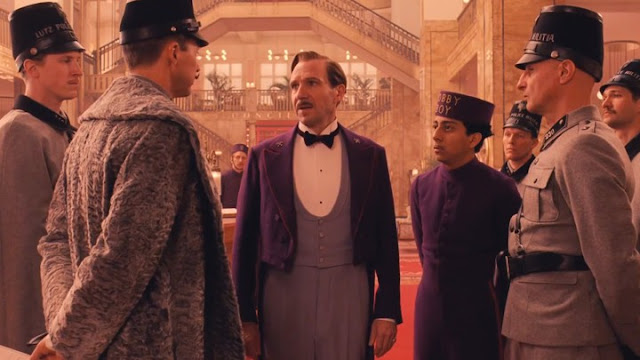 This past Monday's Breakdown of the Best of the 2010s was a stacked show that blasted way past two hours to the point of approaching almost three hours. Considering the average episode goes about 90 minutes, there wasn't anyway to justify even more stuff to be squeezed into the episode. This meant that both Scott and I only listed our ten favourite movies of the past decade, even though we could have easily rattled off 50 more movies that we loved.

Usually, for our best of the year show, we include honourable mentions, which tend to be our second top ten list. Since we left them off the best of the decade show, I thought today I could include my honourable mentions. These aren't necessarily my next ten favourite 2010s movies in order, but all ten of these movies were on my list at some point until I forced myself to par it down to ten.

Django Unchained: I thought this one would be a shoo-in for my best of the decade, but it got bumped at the last minute by The Favourite. This still remains one of my all-time favourite Quentin Tarantino movies, and if I revisited my list in a week, it would probably end up on it.

Her: This movie seems to become more relevant as the years go by, and I am pretty confident will have 'classic' status within a decade.

Inside Llewyn Davis: Wow, 2013 was a super strong year for movies that stuck with me. I love this picture and am so glad Scott put it on his list, so that I could talk about it on the podcast again.

True Grit: The older I get, the more I've learned that I love a good Western. 10 years ago, I don't think I would put it as one of my favourite genres, but the more I think about it, I just love the themes and stories that come out of the genre. There is something about the tale of the aged gunslinger that must fight against and for his legacy. The Coens' use their amazing humour and wit to enhance a powerful tale about legends and revenge.

The Grand Budapest Hotel: I still stand by this being Wes Anderson's candy-coloured live-action children's book for adults. This movie brings a giant smile to my face any time I just think about it.

Brooklyn: This delightful and sweet romance that is about so much more than just love didn't make my Best of 2015 list, because I saw it after that episode. It killed me to leave it off a Best of list once again. When Scott and I record our episodes where we revisit our Best of the Year lists, Brooklyn will definitely be given its proper place in my Best of 2015.

Get Out: This is a movie that keeps getting better and better every time I rewatch it. I also keep on wanting to rewatch it. If I ever revisit my Best of the 2010s list, I am sure this one will find itself on it. This was another near miss.

A Quiet Place: Horror was lacking on my top ten list, and that crushed me, but I couldn't spend another hour tinkering on it. Let me declare now that it was an amazing decade for horror and this different take on the alien invasion picture was one of the very best.

The Nice Guys: Another movie that is insanely rewatchable and I love more and more every time I see it. If you've never seen this one and you probably haven't (it bombed at the box office), and if you like a buddy action comedy mixed with crime noir then give yourself a treat and watch this one.

12 Years a Slave: Okay, it is official, 2013 was clearly my favourite years of the 2010s. This is one of the few times that I feel like the Academy picked the right Best Picture.
List Movies Review The Best of the 2010s