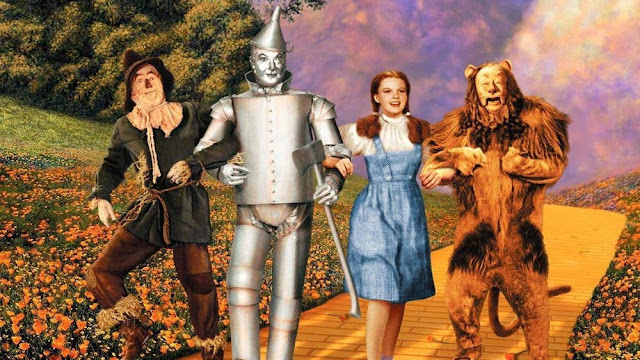 (CS: As I mentioned before, the reposts of my old Collective Publishing columns aren't particularly good draws for the site, but on busy days they are easy things to post for daily content. I also want the more evergreen pieces to have an online home again. Plus, I get a kick snarking on 2012 Christopher.)

There are several films, albums, and books that we consider all time classics. Works that we feel are timeless and true masterpieces of their genre. The belief is that these works were always considered great. But there are actually some classics that debuted to poor reviews and an apathetic audience. Here are few works that had less than classic receptions. (CS: In retrospect, I should have just focused on movies for this column because there are tons of box office flops or initially critically panned movies that later became classics, but my initial pitch to the editor for the weekly column was it would be covering all pop culture, so I felt obligated covering more than just movies for this specific piece.)

Wizard of Oz (1939): No, I’m not talking about the obscure silent films. (CS: Pretty sure that I just wrote that line to humblebrag that I knew there were several silent film versions of Wizard of Oz.) This is the Judy Garland version that is now considered one of the true iconic films of cinema. (CS: One of the near perfect movies) Back in 1939, the film barely made back its 2.8 million dollar budget and it disappeared from the cinemas without anyone really noticing. (CS: For reference, it would be about 51 million in today's dollars) The film was overshadowed by bigger movies in 1939 like Gone with the Wind and Mr. Smith Goes to Washington. The film didn’t become a family classic and make a huge impact in pop culture until its re-release in 1949. From that point on, it has transformed into one of the truly must see family films of all time. (CS: Another colourful family musical based off a popular children's book that didn't find an audience initially is the fantastic Willy Wonka and the Chocolate Factory.)

Pinkerton (1996): Weezer’s second album was met with harsh reviews and far below expected album sales. Rolling Stone magazine went as far as to call it the third worst album of 1996. Lead singer Rivers Cuomo went into a deep depression over the initial failure of the album and started to think the original album’s success was a fluke. It seems critics and fans weren’t prepared for the darker and more serious toned Pinkerton compared to the more pop and happy feeling self-titled album. The album started to gain some grass roots appreciation and sales drastically increased over the years. Rolling Stone even changed its tune and ranked it the 16th best album of all time. (CS: No idea where I found this information or why I chose this album to spotlight as I never really got into Weezer's music, but that is a cool feel-good comeback story.)

Lord of the Rings (1955): J.R.R. Tolkien is now considered the father of high fantasy, but in 1955 the novel was ripped to shreds by most literary critics. Most of the reviews criticized the series for being written by a “career linguist rather than a professional writer”, which may have been true but not sure what that has to do with a works' actual quality. This negative reaction lead to atrocious book sales, and there is a good chance the series would have been lost in the abyss of time. Then the ‘60s and the introduction to a psychedelic era came along, and the hippies took a rather large liking to the imagery and references to elves and dwarves. (CS: And plus, large clunky vans needed something to decorate their sides.)

It’s a Wonderful Life (1946): Frank Capra’s Christmas classic was actually a monumental flop back in 1946 that couldn’t find an audience and was panned by critics. The film’s failure caused James Stewart to never work with Frank Capra again. This film was almost completely forgotten when someone didn’t bother to renew the copyright in 1974 thus making the film public domain. Since the film was now free, it caused networks to continually air the movie during Christmas time. The constant airing has convinced people that the film must be a classic, and has now become one of the most beloved Christmas films of all time.(CS: Also to be fair, it is a really good and heartfelt movie that critics and audiences missed the mark initially, An originally misunderstood classic like Blade Runner or The Thing, but with far less sci-fi and much more kind-friendly.)

Grapes of Wrath (1939): John Steinbeck’s captivating and emotional portrayal of poverty in the “dust bowl” wasn’t well-received during the depression era. Many claimed the book was full of lies and a bunch of communist/socialist propaganda. The public was not ready for a realistic depiction of the struggling working class and felt Steinbeck had a hidden agenda. The backlash actually led to the book not only being banned in several counties but town burnings of the book. The book finally got major supporters in First Lady Eleanor Roosevelt and acclaimed filmmaker John Ford. The public finally realized it was a powerful depiction based on actual events and became the classic it deserved to be.

Fight Club (1999): David Fincher’s film has an army of loyal followers now, but it tanked in the box office back in 1999. The critics were fairly mixed, but there was a pretty large outcry against the violence in the film. (CS: The late great Roger Ebert was not a fan who felt it was fascist 'macho porn'.)  The film’s anti-corporate message and bizarre twists seemed to be something most critics weren’t prepared for back in 1999. (CS: I actually don't think those two things were the major issues with most of the critics who disliked it.) DVDs exist for a reason (CS: Or Blu-Rays or streaming), and the film quickly grabbed a cult following shortly after it left theatres. It is now one of the most memorable films of the ‘90s and contained some of the most quoted lines in cinematic history.

(CS: Now reading this again, I totally should have just done a beloved movies that initially flopped piece since I could have done several more movies like Iron Giant, Labyrinth, Vertigo and Shawshank Redemption.)
Books Fight Club It's a Wonderful Life John Steinbek Lord of the Rings Movies Pop Culture The Collective Publishing The Wizard of Oz Weezer