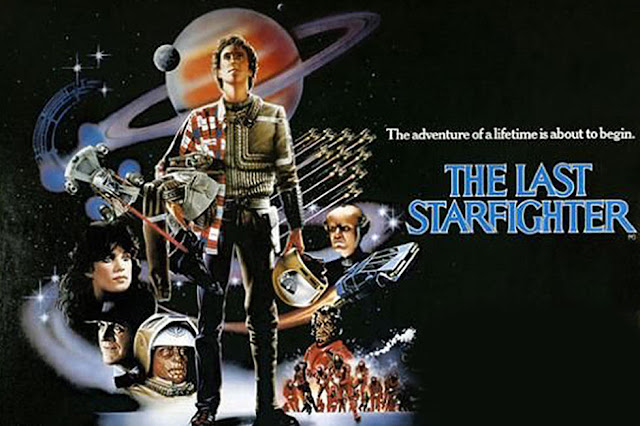 Remember when Covid-19 hit and I lost a significant amount of work, so my response was to put more focus on this site and start a whole slew of features that would draw in new readers and entertain those who had stuck with for the past 10 or so years with my sporadic spurts of posting (to be fair, a few of those 'spurts' lasted for a few years). Well, it seems that a global pandemic is more complicated than I had assumed and having everyone at home all the time and needing to keep the clients that I do have and pitching to new ones that were open to work keeps one pretty busy. Plus, to be honest, the last several months of global and local events has done an outstanding job of epitomizing an emotional thunder punch to the groin.

Even if I failed to capitalize in the way that I envisioned way back in March, the goals and plans are still jumping to be flung into action. Actually, since March, I've started putting in place and forming some much cooler and more ambitious plans that I'm really excited about. But it is going to be a several month process before some of the grander things can be implemented, so instead the idea is to try that soft launch again. Soft Launch 2.0.

There are some aesthetic and back-end things that I want to do that will significantly improve the site and make it function way better for what I want to do, but some of that is going to he held off or slowly rolled out over the fall, because for me, the written articles and features are what needs the most attention right now.

Because I want to build up some anticipation and really make you want it.

And the even better reason is that I am going to be away from the computer all this week and won't be able to write anything on here until the weekend at the very earliest. So yeah, that would be the real reason.

But this week is going to be all about you telling me what you want from this site. What is the reason that you come here? My assumption is you come here because you actually like what I write, and if that isn't the case, then I have some bad news for you, because Soft Launch 2.0 won't change that at all. This will keep on being my playground, but hopefully, with some stuff that makes you as excited as it does me.

My vision is a pop culture blog with a heavier focus on movies with a mix of my own personal insight and anecdotes. I'm a film critic who has gobbled up pop culture, but it is informed by being a dad, husband, liberal, history-buff, reader, writer and creative. I've battled with anxiety, self-doubt and depression and over time have come up with strategies to manage and handle it. I've been a work-from-home-dad and I've got to see my kids grow-up alongside me. I was raised in a kind-of-conservative Christian family, but my journey has personally moved me away from that, but it still informs me and over time, I feel I've become 'spiritual' again. Whatever that may mean. My point is that all these things are important to me and all these things can be deeply explored through art and culture.

What do I have planned when I come back?

I still want to do deep dive into all MCU movie where I chronologically review each one and delve into how I feel it has impacted and influenced the movie industry. I'd also over time reveal what would be favourite movies of the series.

The other major movie series that I want to do is look at every theatrical Disney animated movie, because that may be the most influential and significant studio in all of cinematic history. My goal is to also explore it in chronological order and do reviews of each while also looking at their impact and what was happening at Disney at the time. I'm really excited about tackling both these series.

I've also wanted to try to explore the entire series of Friends and Lost, because I also think both have had a major impact on entertainment and there could be some fun in exploring their evolution over time.

On top of that, I still want to talk about my experience as a father and add in little anecdotes of my life.

I am going to up my game on writing movie reviews for both new releases and older movies.

There are also other things I want to do like detail my journey as a budding novelist and reveal my creative journey in that arena. I also started thinking about doing a series where chronologically review some of the significant graphic adventure computer games like King's Quest and The Secret of Monkey Island and gradually make my way to new games, and see how that genre of gaming has evolved and changed. Of course, there is the serialize weekly fiction that I've talked about for over a year that I want to launch as well. On top of that, I may review my old wrestling tapes and I've thought about making a monthly pop culture log to mini-review the stuff that I've seen but didn't have time to long-form review.

Let me know. This is week to do it. I'll be back next week, and I'll really consider all your suggestions and help use them to form what Soft Launch 2.0 looks like.

I am excited to see what you all have to say. I'll be back here next week with the official Soft Launch 2.0 that will eventually lead to a newer and more exciting site.

Thank you so much for your support and readership. You guys are the best. I mean it.
Blog My Life Writing