Being Honest About Movies and Writing 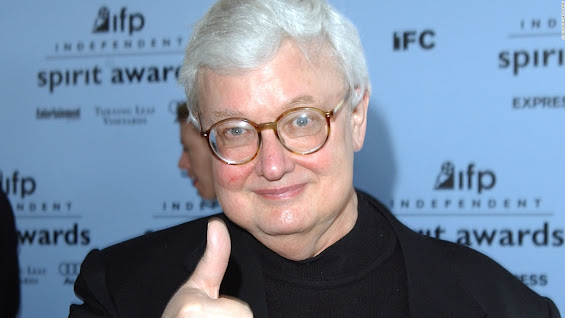 Next week on The Movie Breakdown, Scott and I will both reveal our top ten favourite comedies of the 2010s. In order to prep for that, I've been reminding myself of my original reviews and star ratings for many of the comedies I've reviewed through the history of the podcast. I also realized this was the perfect time to finish converting all my movies and their star ratings over to a different (better) database that I started using last year.

Because I know as a person who had some self-doubt and was trying to get credibility as a film critic, that during the first few years, I tried to limit the amount of times that I went against the grain. So, if there was a movie that I wasn't sure about or one that I enjoyed but had flaws, I sometimes defaulted to the Rotten Tomatoes consensus or the views of a respected critic. Or even, alter my view slightly to even coincide with my co-host Scott.

I didn't do this all the time. I haven't really done it at all the last few years. I do think there are a few movies that have been reviewed that may not have a star rating from me that reflects my actual view. To be honest, I couldn't tell you exactly what those movies are today, but I do think there were a few silly tentpoles that didn't get great reviews that I probably should have given a recommendation if I was being honest with my reaction to them.

I felt that it said something about me as a critic and a person if I recommended something that was panned by a critic that I respected. I've mostly moved away from that thinking as I've realized more and more that art is subjective. My job is to communicate how and why a movie connected with me rather than come up with some universal appraisal of its worth.

The skill of the film critic comes more using one's knowledge of film language, the techniques implemented and style of storytelling to express why a movie worked or failed for them. It is the ability to communicate and entertain with this view that makes a good critic. It is why I've always loved Roger Ebert and consider him a huge influence on my movie writing career.

One of the other things I loved about Roger Ebert is he really didn't give a single shit about what other critics thought. He gave Kevin James' talking animal comedy, The Zookeeper three stars. He actually for some reason really loved a lot of Kevin James comedies. Ebert liked what he liked even if it was hated by so many other respected critics. But the key was that he was able to clearly lay out why he liked it in an entertaining and informative way. He was confident that he was right.

Being honest with myself and how a work of art speaks to me is a vow that I am officially making, though like I said, being influenced on how I approach a work has not been as significant in the past few years.

My problem has often been getting inside my own head. Why does my view on this matter? Is what I am thinking correct? Does it add to the conversation? Does anyone care? Is this even entertaining?

The long-term struggle of having confidence in my writing and views is a real reason why I've written far less movie reviews over the last few years and kept them mostly on The Movie Breakdown podcast. But it was cowardly to do that and has sabotaged my career and been unfair to the readers who discovered me back in 2012 when there was no podcast and all my reviews were written.

This psyching myself out is the same reason why I haven't written many tributes to stars that I admire who have passed away. I keep asking myself how can I add something of value to their career and life. How do my words measure up to their accolades?

It is why you've seen less takes on major news pieces. It is why I've completely run away from writing about politics. It is why the more creative pieces have vanished when they were once a regular thing on here many years ago. I've allowed self-doubt and the foolish voices of darkness to crush my confidence in writing.

My vow is to be a more honest writer. To tackle my true thoughts on a matter and trust that I can convey it in a way that people want to read. I'm going to trust myself. I am going to push myself. I am going to deliver writing that my readers deserve, especially the amazing ones that have stuck with me all the way back to my Collective Publishing days.

Now, you may notice that the last few weeks have been better for writing and even had a few reviews, but not the daily output as I'd sworn to do a few weeks back. This has less to do with a lack of confidence and more to do with kids being home with their devious plan to distract me, working on some major long-term projects and pitching like a mad man to various major magazines. If anything, the distractions from the site have more to do with an increased confidence and a dedication to my writing career.

Back to those movies that maybe I liked more or maybe even liked less than originally claimed. My hope over the next several years (yes, years), is to revisit many of those movies especially the movies that never got a written review. This time around I'm going to really try to confront how I feel about the work.

I'm going to write what I am passionate about. I am going to write from the heart. This may mean tributes that are a few years late. This will sometimes mean that not every article will draw a huge audience. But I will try to write what moves me and try to take some more creative risks. I've always been drawn to writing where you can see the author's soul and you know a piece of them is being left behind. I want to do that.

This doesn't mean super serious writing. A movie review or a goofy piece about a talking stuffed bear or a list of my favourite creature features can do all those things. If anything, my hope is that the site is fun and entertaining. A place for a few minutes that takes you away from the trash fire that has been real life for many people. I want to inspire, uplift and entertain.

On top of that, as I've promised one hundred and fifty times already, I will be writing reviews for every Marvel Cinematic Universe movie, every Disney theatrical release and a few other things as time unfolds. They will be my true thoughts from my heart even if I end up loving the forgotten or panned. I am confident you will understand why if that is the case.

But honest and entertaining writing is my vow for the future of this site.