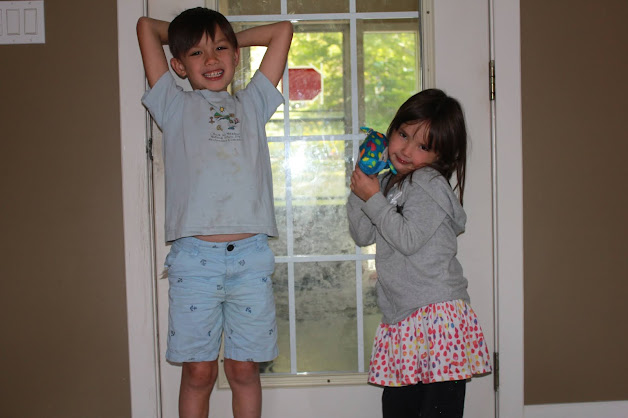 As I mentioned two weeks ago, the return to school is going to be a bit different this year as we opted for our kids to do teacher-led online learning for at least the first month while we gauge what Covid-19 numbers are going to be with the opening of schools and more work places. What I didn't know when I originally wrote that piece on September 8th was it would be over two weeks before both my kids would start their classes.

Everett finally got a phone call from his teacher on Friday and sort of started his first day of school on Monday. It ended up just being a short orientation with a few short assignments thrown in and Everett was done it all before 11am. Apparently, there were a lot of technical issues that stopped some students from connecting and other students were still being added, so it was decided to have a much shorter day.

Meanwhile. Danika finally got a phone call on Monday and may be starting school officially on Wednesday, but I couldn't get a definite on that yet. I am confident that she should be doing school this week, and in theory, that means I'll have less distractions from doing client work since the kids will be in their online classes.

The reason that Danika didn't get a phone call until yesterday and still hasn't started classes, is due to the fact the Virtual Elementary School is doing a staggered start, You'd think that the entire online school opening two weeks after school normally starts would be staggered enough, but welcome to 2020, I guess. Also, why exactly in an online environment where there isn't any threat of spreading of the virus is a staggered start needed? Unless, oh no, the virus has learned to travel through fiber optics!

I think, the real reason is that the 'staggered start' actually meant that not all the teachers had been hired yet or they haven't figured out how the online infrastructure is going to work or the teachers haven't been given enough time to actually get their classes ready.

What 'staggered start' means is 'we really screwed up the start of school because we were completely unprepared even though we've known about this pandemic since March.'

Let me be very, very, very. very clear here. I am not blaming the teachers or the principals. They are just trying to make the best and manage the mess that has been handed down to them by the six figure making superintendents that have known since June that a plan needed to be in place for how school would start in September. And was there a single person besides potentially those in charge that did not think that online schooling was obviously going to be a major option, especially since by June we knew that Covid-19 wasn't going to magically disappear in September. Maybe if better social distancing measures and strategies were in place at school, then they wouldn't have been shocked by the large amount of families that started gravitating towards an online option.

Emily, who is a teacher, has given me a ringside seat to what is the shitshow that is trying to get school started where online principals are being told they need to find a building on their own for where online teachers run their classes, things are so rushed that online schools are hiring teachers that in-person schools had also hired and class sizes change at an hourly rate.

It is a mess that did not need to be a mess, and it was caused by an administration at the highest level dropping the ball and not having a clear strategy in place. To be fair, there was also a government that seemed more prepared to stomp their feet and point fingers when their back to school plan was deemed ill-prepared rather than trying to rework it to be better suited for our kids. The show of shit is what this is.

On a much more positive side, Everett already likes his teacher and from the very little I've observed, she seems to be excited to teach the class and seems very warm and energetic. I only know Danika's teacher from a one-minute phone call but even when she likely was worn out from making several phone calls, she had a cheeriness and warmth you want from a Kindergarten teacher.

My kids are very excited to start school. Danika desperately needs interaction with people that are not her brother and parents after that being most of her social life for six months. Everett, who is more introverted, is ready to learn again and is excited enough to met new people.

Both Emily and I see the online learning as a short-term thing with in-person as the ideal. We believe for safety reasons that it made the most sense to try out online for a month. Based off how the infection rates are skyrocketing that the short-term online learning may become much longer term. I've noticed that the teachers are treating the class as if they are with these students for the whole year, even though there is the option to switch out three times through the year. I think, that is the best way to do it and the best potential for there to be an actual bond and connection between everyone in the classes.

I still believe that socially it is better for the kids to be in an actual physical classroom., It is definitely better for my career to just be home with pets rather than distraction prone kids. But if I find I can get work done while kids learn online and if the kids excel in this environment and their social needs are meet at a decent level, then we may stick with this longer than we had planned. It isn't the ideal but that is the tagline for 2020.

Right now, the kids are thrilled to be able to just jump on the computers and not have to walk to school. They are interested in meeting new classmates and making new friends. They seem excited by their teachers, though Danika hasn't even talked to her teacher, but she is always excited by the prospect meeting someone new. Everett was thrilled that some of the kids from his home school are now in this class too. It is new way of doing of school. We are ready to plunge into this adventure together. 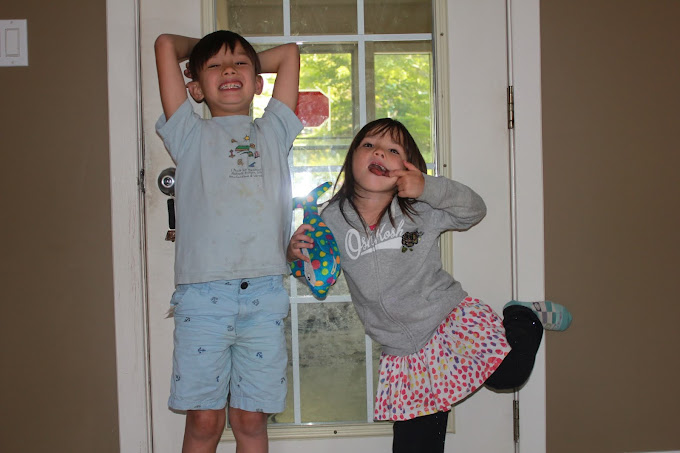 Back to School Danika Everett Musing My Life