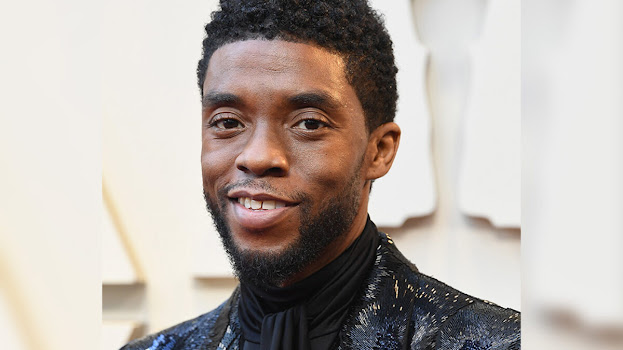 The first time that I saw Chadwick Boseman was when he starred as Jackie Robinson in the baseball biopic of the ground-breaking ball player in 42. I was absolutely mesmerized by the performance that brought a grace, confidence and sincerity that seemed to embody a tremendous athlete who was also forced in a situation that would change history. Robinson was the first black player in the Major Leagues so he not only needed to prove himself a top notch ball player but he had to be an ambassador for an entire race hoping for the color barrier to be shattered while he had to weather racism, cruelty and scrutiny. Boseman captured all that by making himself a charismatic face of baseball while also having those moments of a man battling internally with all that was being imposed on him.
It was that performance that made me put the movie on my top ten list for 2013 and I made sure to heap heavy praise on Boseman on The Breakdown of the Best of 2013. I was convinced this was a man who was destined for a future Best Actor Oscar who was just waiting to be one of the biggest stars in Hollywood. 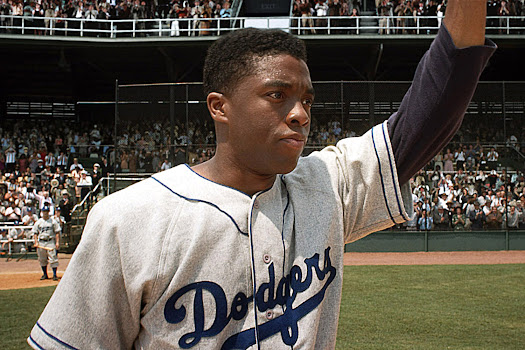 I brought him up again with The Breakdown of Rising Stars episode, and really pushed him as a future superstar with a mountain of statuettes and big blockbusters in his future. My co-host Scott had not seen 42 yet at that point, so he only knew what I was gushing about him. Let me make it clear, my love for him was just coming from one movie. Even back then, I watched at least four movies a week where I had to analyze and review.  I can't think of too many actors that connect with me and become a favourite right out the gate. Boseman has something special.
Scott joined Team Boseman after we both reviewed Get On Up. A movie that neither of us loved but we both felt Boseman really captured all elements of James Brown. Boseman doesn't look like Brown and apparently, Boseman didn't even know how to dance before filming, but none of those things end up being an issue in the movie. Boseman transforms into Brown and has all the charisma, energy and presence you'd expect from the Godfather of Soul. It is a performance where you can see why Brown was a superstar, but it doesn't shy away from his many flaws. Boseman adds a lot of humanity and hurt to the character that makes you connect instantly. I feel Boseman had one of the best performances in both 42 and Get On Up for their respective year, even though he didn't get recognized by the Academy either time. 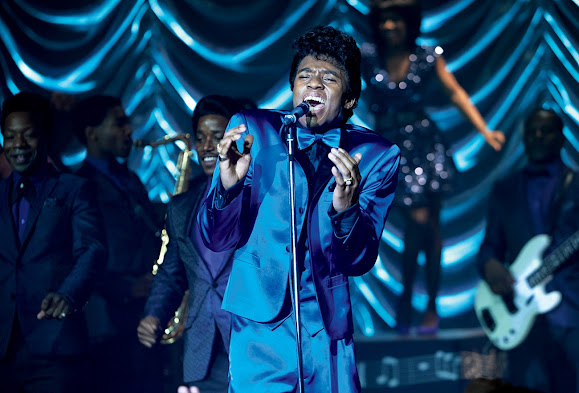 Boseman's career took off right around the time we started The Movie Breakdown. He has been a major part of movies since I've started professionally writing about them. I have a special attachment since I feel things like my writing and podcast have grown right along side his career. Of course, he has been one billion times more successful, but I've spent many episodes and articles championing him and being so thrilled to see him become a mega star.
I knew Boseman was going to be the perfect T'Challa and his hiring made Black Panther one of my most anticipated Marvel movies ever. Of course, I was thrilled when it became one of the highest grossing movies of all-time and proof that you didn't need a white male lead to attract a huge audience. Boseman proved he put as much nuance and energy into a superhero movie as he did in prestige pictures. He brought a grace, strength and compassion to the role of the king of Wakanda, but also crated someone who was tortured and haunted by some of the mistakes of his father. He had a great chemistry with Michael B. Jordan making it the best hero and villain dynamic in all MCU movies. The nuanced layers that both characters brought where you could see both sides and empathize with both made it one of the very best MCU movies. This is coming from someone that considers many of the MCU the best big blockbusters around. 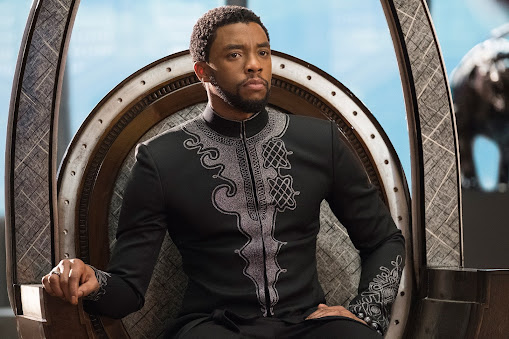 Black Panther was a hero for many black kids that never got to see someone who looked like them or came from their background up on the big screen. Boseman seemed aware of that responsibility and happily took on the mantle of role model and hero. He embraced his fans and from all accounts, was a genuinely great human being. I've read tons of gushing praise from many people who have worked with him and he seemed to be a person who lived a life of compassion, kindness and positivity.
He also really wanted to choose roles that were uplifting and positive for the black community. He really took acting seriously and understood the importance of art. Each role wasn't just a pay cheque but a chance for him to say something. I can say that I never once saw him do anything less than a great performance. 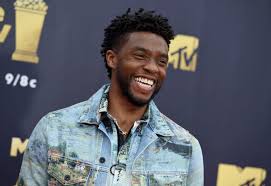 He also knew what was needed in each role he tackled. I remember being bummed out that Boseman's first big budget movie role came in Gods of Egypt and rather than being the lead that I knew he would nail; he was the comic relief. Looking back now, he seems to be the only person informed that he was in a campy B-movie and really dialed up the silliness and was having lots of fun with his role. I can now really appreciate what he did with it, especially now that I know he would go one to much better things.
He brought a power and a magnetism to every character he played, He was a man out for vengeance you could actually connect with in Message for a King. You instantly knew why soldiers would sacrifice their life for the heroic and commanding Stormin' Norman in Da 5 Bloods, One of the most chill down the spine and fist pumping moments ever is when Black Panther saunters out with his crew in Avengers: Endgame. He was a star through and through. 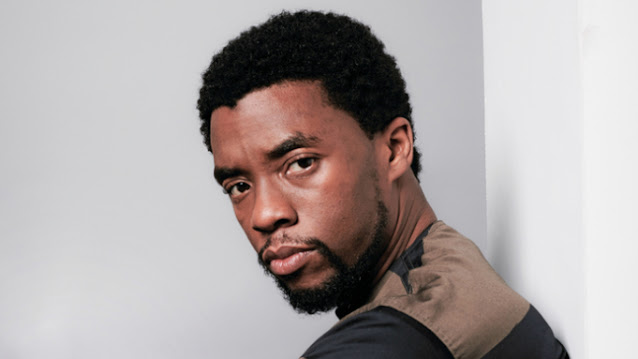 His passing was a huge blow for me. Partly because it came as a great shock. Most of his colleagues appear to be just as unaware that for four years he had been living with colon cancer. This means he starred in the biggest hits of his career and become a superstar while going to chemotherapy and dealing with cancer in his life. I try to get a week off if I have a hangnail. He was a real-life warrior and his kindness is what makes him a superhero. 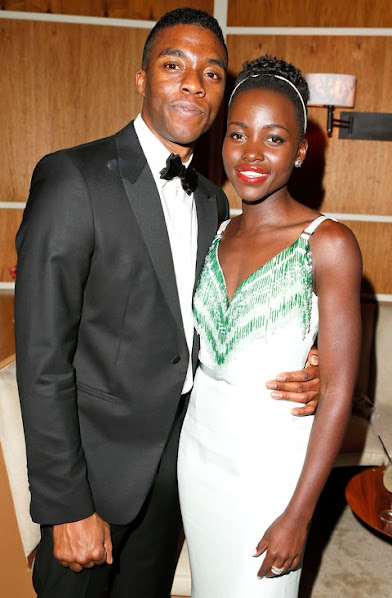 I'm still rocked by this loss, because I assumed that we'd have decades of Boseman starring movies to look forward to seeing. I imagined that I'd be cheering as he made more hits and won several Oscars. But I also realize this hits his family and friends even harder. I realize that some kids lost someone that was a hero and an inspiration. But we will always have his legacy and know what he accomplished in this industry. We will always have a hero and he will always be T'Challa. 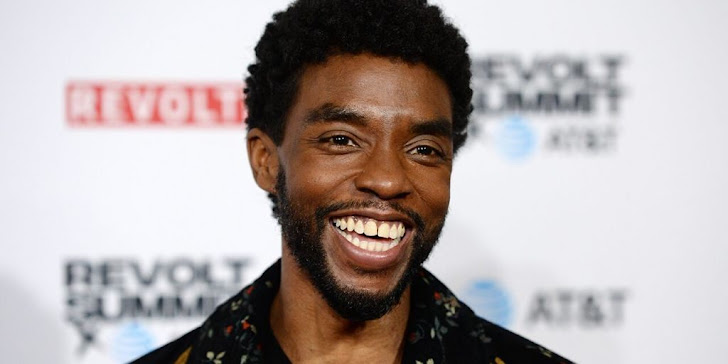