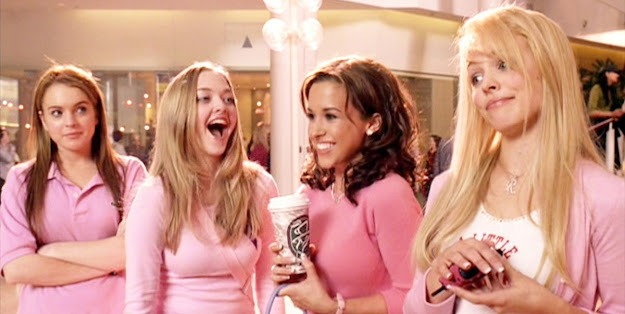 It has been a few weeks since movie theatres opened up back here in Ontario, but it looks like it will be months before the big studios start delivering most of their major pictures. It is allowing for some smaller films time on the big screen and this week we look at the romantic comedy starring Geraldine Viswanathan (Blockers, The Package) and Dacre Montgomery (Stranger Things) in The Broken Heart Gallery. We also look at a movie that many believe is one of the great teen comedies in the Tina Fey written and Lindsay Lohan starring Mean Girls. Do you want more comedies to be reviewed? Well too bad, because we review White Chicks instead. We also discuss a movie that you may say had comedy and also some drama and maybe a little romance, but it really is entirely its own thing in Charlie Kaufman's I'm Thinking About Ending Things. As well, we look at Oscar's new criteria for Best Picture nominations that they hope will bring more diversity to movies, and we will analyze if we think it will work and if their strategy is even the right thing.

As always, we had a blast recording this for you, and we really do appreciate you listening to us each week. If you love this episode then please help us out by spreading the word on social media,
Reminder that you can subscribe either to The Movie Breakdown feed (a subscription link is at the top right hand of this site), or subscribe on sites like Spotify, Stitcher, Google Podcasts, CastBox and iTunes.
The Movies' Four-Star Rating
I'm Thinking About Ending Thing **** (CS) & ***½ (SM)
Mean Girls **** (CS) & ***½ (SM)
White Chicks 0 stars (CS) & ½ * (SM)
The Broken Hearts Gallery **½ (CS)
Charlie Kaufman I'm Thinking of Ending Things Mean Girls Movies Oscars Podcast Rachel McAdams Review The Broken Heart Gallery The Movie Breakdown Tina Fey White Chicks