Some Scary Plans for October 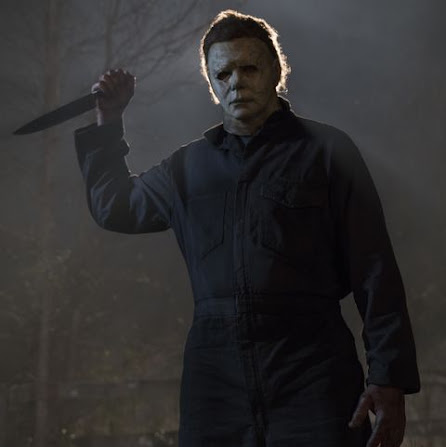 October is here and there is a mass scattering of leaves on my yard, as a way to reassure me that some of the usual things in life still happen in 2020. Another usual thing is that I haven't been writing on a daily basis for this blog. But that my dear readers is coming to an end. The last few weeks have been a little crazy with the kids doing online schooling at home and both my kids perfecting the fine art of distractions. Danika in particular is a distraction ninja. On top of that, I have been using my moments of non-distraction to pitch some major projects to publications and have been writing pay copy to a variety of clients.

This site will be a hub of pop culture awesome and the well of writings will spring forth this month. I've hyped for over a year a review series for every Marvel Cinematic Universe movie and every Disney animated feature theatrical release, and those are going to likely start soon, but they will be delayed by something else I really want to write.

You may have noticed that Halloween likes to pop in during October. While Halloween will likely be very different this year and we've already warned our kids that 'trick or treating' will likely not be a thing (which was enough for them to officially declare that Covid is a meanie), one tradition that can remain is that it is a great time to celebrate horror. Anyone who has read or listened to my stuff for a decent amount of time knows that I am a huge fans of the genre. So, this month I'd like to review several significant horror movies from the past, and I may even tackle a few major series. The horror movies will be my major focus in October, which means the other two series may get delayed until November.

My hope is to still write on a variety of other things. This may be the perfect month to take a shot at posting fiction on here again, and I have a few ideas for a scary short story. I may also try to review a TV series that has horror or thriller elements. I've got many ideas, but I also know that I have a habit of hyping then not delivering. Instead, I'll just say I'll be writing on here on a daily basis for the remainder of October and I have a slew of tricks and treats to deliver.

I'd also like to review theatrical releases, but even though theatres remain open in Ontario, there hasn't really been many new releases as studios continue the game of pushing things until next year. What seems to left is either movies from decades ago or pictures that studios have little faith in finding much of an audience. I do still want to make a few trips to the theatres to show my support, but it doesn't really seem worth the risk to go too often if most of it just ends up being glorified VOD scraps.

I do have some big things planned for the next bit and I'm really excited to share and reveal them over the next while. Until them. welcome to October.