The Breakdown of 'The 40-Year-Old Version'. 'Hillbilly Elegy', 'Rebecca' and 'A Shot in the Dark' 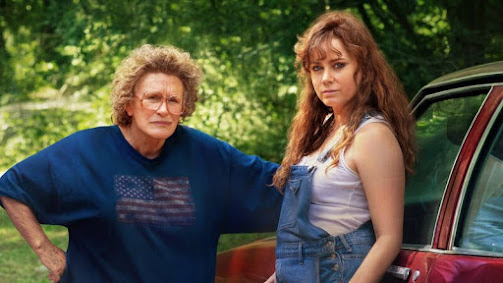 The latest episode of The Movie Breakdown is saying good-bye to November in the form of four movie reviews. We have three Netflix originals for you, and at least one of them we consider a best of the year contender. We have Ron Howard's latest picture in the adaptation of a best-selling book in Hillbilly Elegy. We also have a gothic romance that is both an adaptation of a best-seller and a remake of a Best Picture winner in Rebecca. The final original is the directorial debut of Radha Blank in a feature that she also wrote, produced and stars in The 40-Year-Old Version. Then we review a movie held up as a comedy classic and a sequel to a picture we discussed last week in the Peter Sellers starring A Shot in the Dark. After all that, we look at the movie Freaky and we point out key aspects of it that studios should learn for future movies.
As always, we had a great time recording the episode. We really hope you love it too, and if you do, then please spread the word on social media to other movie fans.
Reminder that you can subscribe either to The Movie Breakdown feed (a subscription link is at the top right hand of this site), or subscribe on sites like Spotify, Stitcher, Google Podcasts, CastBox, Amazon Music and Apple Podcast.
The Movies' Four-Star Rating
The 40-Year-Old Version **** (CS & SM)
Hillbilly Elegy * (CS) & ** (SM)
Rebecca ** (CS) & *½ (SM)
A Shot in the Dark ***½ (CS & SM)
A Shot in the Dark Amy Adams Armie Hammer Freaky Hillbilly Elegy Lily James Movies Peter Sellers Podcast Rebecca Review Ron Howard The 40 Year Old Version The Movie Breakdown