The Breakdown of Horror - 'Sweeney Todd: The Demon Barber of Fleet Street', 'Tremors', 'The Monster Squad', 'Eraserhead' and 'Come Play' 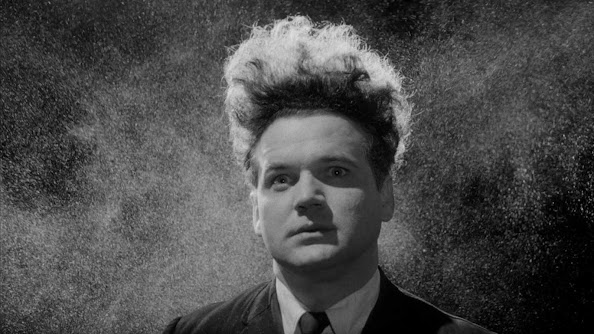 It is time for our yearly Halloween special, The Breakdown of Horror, because nothing is scarier than a holiday episode released after the day it is celebrating. We are reviewing a diverse array of five pictures that fall under the broad horror genre. If you like a song and dance number before your kills, then we have the Tim Burton directed and Johnny Depp starring Sweeney Todd: The Demon Barber of Fleet Street. Or maybe a creature feature is more your thing, so we have carnivorous worms in Tremors. We also have a kids battling classic monsters adventure with The Monster Squad. Trying to figure out a David Lynch movie can sure be terrifying, and we do that with his debut feature, Eraserhead. For some, nothing is scarier than daring to go out in public during a pandemic, so we also review a new theatrical release in Come Play.
As always, recording the latest episode for you was a highlight of our week. We really hope you love it, and if you do, please spread the word on social media to more movie fans.
Reminder that you can subscribe either to The Movie Breakdown feed (a subscription link is at the top right hand of this site), or subscribe on sites like Spotify, Stitcher, Google Podcasts, CastBox, Amazon Music and Apple Podcast.
The Movies' Four-Star Rating
Sweeney Todd: The Demon Barber of Fleet Street **½ (CS) & *** (SM)
Tremors **½ (CS) & ***½ (SM)
The Monster Squad ** (CS & SM)
Eraserhead **** (CS & SM)
Come Play ** (CS)
Come Play David Lynch Eraserhead Johnny Depp Movies Podcast Review Sweeney Todd The Demon Barber of Fleet Street The Monster Squad The Movie Breakdown Tim Burton Tremors