The Breakdown of 'Mank', 'Christmas Chronicles 2', 'Capone' and 'Time' 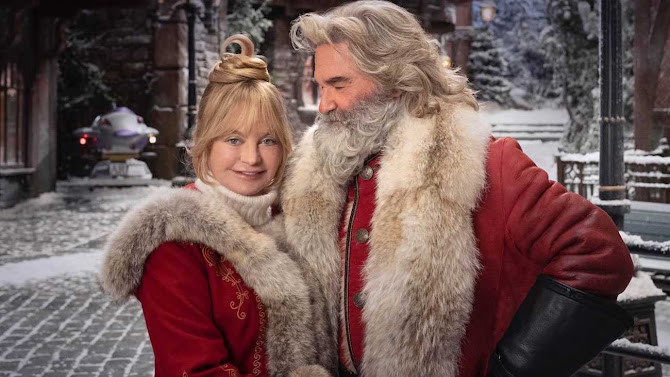 It is the final traditional The Movie Breakdown episode before we march our way into our annual year-end specials. We wrap it up with four movie reviews including a picture we've been anticipating all year in David Fincher's tale about the screenwriter of Citizen Kane in the ambitious drama Mank. We also have another based on true events drama in the Josh Trank comeback movie starring Tom Hardy in Capone. We have some real-life drama in the documentary about a two-decade battle to free a man who was convicted for 60 years for an armed robbery in Time. If you ask my kids, then this family fantasy adventure is true too in Kurt Russell and Goldie Hawn playing the famous Claus couple trying to save Christmas in Christmas Chronicles 2. We also weigh-in on the recent controversy surrounding if The Crown needs a fiction disclaimer.
We had a blast recording this week's show and we really hope you love it too. If you do, then please do us a huge favour by spreading the word to other movie fans on social media.
Reminder that you can subscribe either to The Movie Breakdown feed (a subscription link is at the top right hand of this site), or subscribe on sites like Spotify, Stitcher, Google Podcasts, CastBox, Amazon Music and Apple Podcast.
The Movies' Four-Star Rating
Christmas Chronicles 2 **½ (CS & SM)
Mank ***½ (CS & SM)
Time ***½ (CS & SM)
Capone* (CS) & *½ (SM)
Capone Chris Columbus David Fincher Goldie Hawn Kurt Russell Mank Movie Podcast Review The Crown The Movie Breakdown Time Tomy Hardy