Why I Don't Write About Politics Anymore 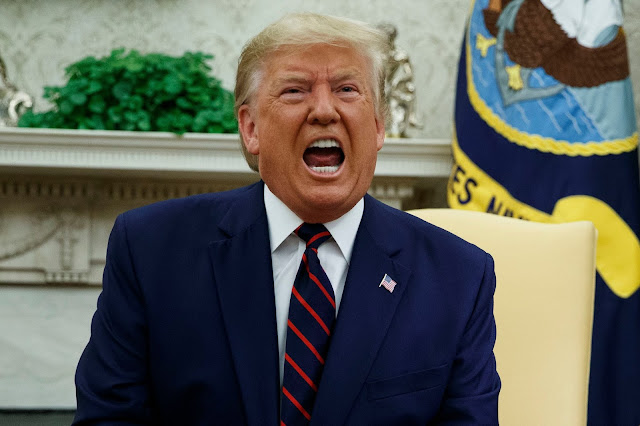 I've always wanted to do an official 'mailbag' article where I answer questions from readers for a few years, but I've always been nervous about the blow to my ego if I announce a new recurring article and then don't get any responses to make it work.

While my inbox is never overflowing with reader questions or responses, I do get some occasional questions via email, Twitter, Facebook or in the comments. While I do personally answer the questions, I realized that some of my answers would work as articles.

One question that I've been asked a few times is why I don't write about politics anymore. Several years ago, I wrote about politics on a regular basis on the blog and I even got my start at Collective Publishing by writing about politics for my first year there before transitioning to being the weekly pop culture columnist. I appear to have been decent at it as the readers asking the questions remarked that they missed my insight and perspective on politics and wanted to know if I had any interest in writing about it again.

So, why did I hightail and abandon a subject that I wrote about professionally for a few years and at least, at one point, seemed to be passionate about?

There are two major reasons, and they are also intertwined with each other.

The first one is Donald Trump. For some that may seem really odd, as most political writers saw him as the gift who kept on giving, since there was never a shortage of things to discuss and write about. Trump was the bonfire to the political writer's moth, and I realize many have built a decent political commentary career picking a side on the very divisive president.

I've admitted on here before that Trump getting elected was one of the factors that sent me into a spiraling depression and sucked up gallons of my energy. I was bummed that the most powerful nation in the world was being led by an inept, selfish, stupid, racist, misogynistic, narcissistic, fascist, insecure, corrupt, lying, cruel, childish, boorish cartoon.

The more depressing aspect was that a large portion of Americans thought he would make a great leader and even sadder, after proving for four years he was horrible at that job that he still had a significant amount of the population of America and beyond that loved and defended him. This is despite the fact that I've never met a person who can outright deny that Trump is not all the things that I described above.

It was deeply depressing and soul-crushing for me to realize that society was so fractured and damaged that a significant amount of people chugged the Kool-Aid of a lifelong liar, conman and charlatan who for decades has proven to be a horrible businessman with no political experience yet used that as the reason he should be president. When he proved to be even worse than I feared, he was still able to stir up his acolytes to stage a poorly thought-out and failed coup. This all prove that he is leaving office with people who seem to be happy with his accomplishments as president and will even fall on the sword for him, and that just guts me.

Trump also was very successful in breaking society into two sides. Liberal and conservative. Anti-Trump and Pro-Trump. The second major reason I've jettisoned my political writing is my lack of appeal for what has become sports team politics. It is now all about the versus. You are either one or the other, and even if you're not, everyone decides to assign you one of those labels. Debate is now about winning, because both sides know that they're right, so they need to defeat those that oppose them. There is no time for things like enlightenment or understanding or conversation, but rather it is all about converting even though in the history of debate that has almost never happened. When the person doesn't convert, it is name-calling, bullying and arguing.

Even when I was writing about politics in 2012, I saw that things were starting to shift towards this combative approach to politics, but I was still naive in thinking liberals and conservative were open to being civil to each other. There were no enemies and there weren't even two sides. Rather lots of different people with lots of different views that formed us into interesting individuals. But over the last several years, it has all become much worse by the clown prince inciting his followers and demonizing those who disagreed. In 2016, America was clearly divided but in four years it has turned into a first blood steel cage match with destruction of one side being the ultimate goal.

I've endured four years of the Orange Goblin discrediting and villainizing media and news because they reported facts rather than praise him as the second coming. He was successful in getting far too many people to believe in 'Fake News' yet those same people gobbled up far right rags with no journalistic integrity that peddled conspiracy theories and lies. I've been afraid to write pieces that could draw these misguided 'patriots' since science and facts mean nothing, and they counter with poor logic and links to rubbish that isn't even worth being called tabloids. And to be honest, the far-left can be just as exhausting and narrow-minded as they also seem less interested in trying to understand the other side or try to find any kind of common ground. There is still common ground because we're all human, but that gets forgotten in the daily bullshit.

So, I've opted out of engaging with politics because it just isn't worth my mental health and sanity to engage. I am not interested in winning. Debates and discussions and dialogue has never and should never be about some kind of victory. I am interested in exploring ideas and getting a better understanding and working through all the complex parts that make up life. Politics is still something I deem important but discussing it on a public stage has lost most of its value for me.

Now that Trump is on his way out and I can go back to completely ignoring him like I happily did four years ago, I may be more interested in writing about politics again. But the shit he flung all over the wall is still festering and the toxic waste he stirred up is still overflowing. I can admit that after a year like 2020 and the emotional state that I was in even before that year, I needed to focus more on my emotional and mental health before daring to regularly enter the warzone of talking politics on the internet.

Except I never really stopped talking about politics in the past four years, but rather just writing articles specifically focused on politics. The Movie Breakdown has never shied away from talking politics when it applies to a movie we're reviewing or when it influenced some major topic we discussed. I've written several movie reviews where I discuss what a movie is saying about politics or I allowed the movie to open an exploration on major topics in politics. This is the wonderful thing about movies or any kind of art, because it seeps into all aspect of life and can help tackle all kinds of issues. The goal when I rebranded this site into Beyond the Balcony was to be a movie site that really put a spotlight on the value of motion pictures as windows into out world. All great art helps us better understand and explore all the aspects of life including social issues, politics, parenting, mental health and creativity.

I may not write article entirely about politics, but it is inevitable that politics will come up on here while reviewing and analyzing movies. My hope is through the lens of movies that I create a site where I discuss all the things that matter in life.