Hey Look! A Modern Picture with My Kids Together 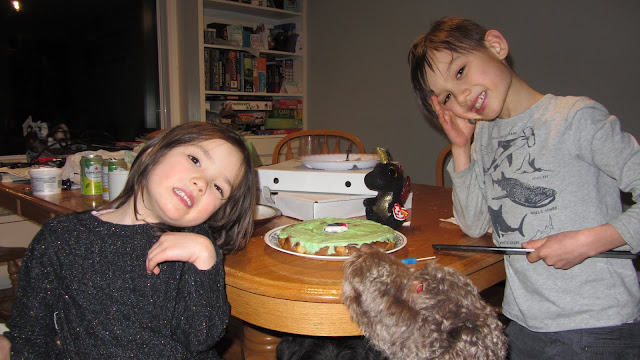 It is much easier to get pictures of them alone then it is together. It is hard enough to get pictures of them where they look at the camera, so I often don't try for assemble photos. On this day, they wanted to throw a birthday party for the stuffed dragon, and Everett actually baked the cake that is in the photo. So, Danika and Everett were actually willing to take the picture together because well, Danika likes being in photos and Everett was proud of the first ever cake he baked. Frio is in the phot more because he is trying to figure out a way to sneak a taste of the cake.
Cuteness Danika Everett Frio Pictures