It's A War Out There 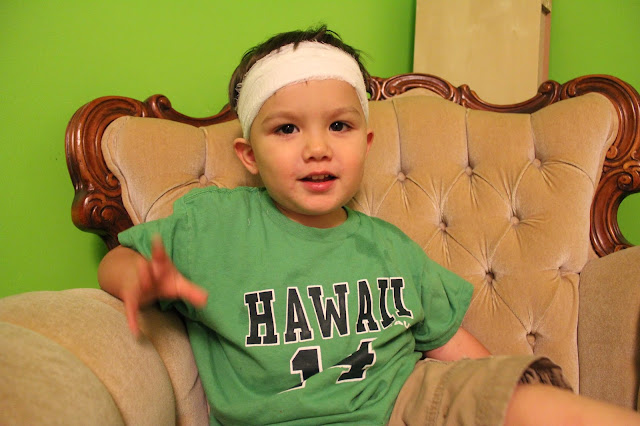 So stay safe and never give up.
War casualty Everett is from 2015 and the day before Father's Day. I remember going to get him from his bed on Father's Day morning to see his head wrapped like an extra from a World War 2 movie.
I learned that it was a titanic struggle with a towel that led to him doing a diving headbutt on the side of the bathtub that lead to this war wound.
He turned out okay, but it wasn't how I had expected to kick-off my Father's Day.
It has been a rough year and we've now hit the anniversary of when this started for most of us.
I wish everyone a safe and successful next 12 months, and let us all keep shooting for our dreams and focusing on our blessings.
If we do we hit the proverbial corner of the bathtub, hopefully we look as cute as this guy did in June of 2015.
Cuteness Everett Picture Well-Wishing