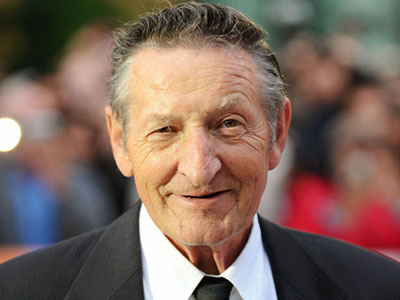 You only need to spend a few minutes in Brantford to figure out it is the hometown of Wayne Gretzky. The city isn't shy about that distinction.

We have major streets named after him, our largest sports centre bears his name, hockey teams that reference his career, a major tournament with his name and other signs of his legacy sprinkled throughout the city. If you don't at least know Wayne Gretzky has some attachment to this city after leaving it, then you much have navigated it blindfolded, which I don't recommend.

Growing up in Brantford while Gretzky was still actively playing, I mostly knew two kind of kids that lived in the city. Those who absolutely adored Gretzky and saw him as a hero, or those that pushed back against the constant hype in the city and chose to cheer one of his rivals or teammates.

One male Gretzky that everyone in the city loved was his father, Walter Gretzky.

As the years went by, I'd argue Walter became a bigger celebrity and icon for the city of Brantford than his more famous son. In Brantford, Walter was a legend.

Sorry. Is a legend. Because his legacy and what he has done for this city will endure for as long as this city remains on Earth.

Walter never played in the NHL. He never hosted his own talk show on national television. He never made cameos in big Hollywood productions. He might not even end up being the answer to a question in Trivial Pursuit. But he is still the biggest and greatest celebrity my hometown will ever have.

It has been incredible the outpouring of love, the stories shared, and the tributes crafted for Walter by not just the people of Brantford but those that had the privilege of meeting him. Walter defined what is true success and greatness. He is an example of how you create a lasting and true legacy.

He was kind, generous, compassionate, humble, sincere and loving. The response to the passing of Walter and the celebration of his life is the proof that those are the traits of true greatness. The man was an inspiration of how to have an amazing life.

You could tell he was a great father by the way Wayne glowed when talking about his dad. You could see the love overflowing between them when they interacted in public. But he also proved he was a great father by the way he shared his love with anyone he met and how much he gave to Brantford. He was the warm grandfather for all who lived here. Or anyone who came here. Or just happened to be blessed with his presence at that moment.

He spent years coaching hockey to kids of various ages. He was an ambassador for what was good about the sport and our city. He was involved in various charities. But he showed his true love with how he interacted with everyone in the community. He was always there to talk and spend time. There are stories where even on his own birthday, he would stop to talk and engage with strangers. He was abundant with love to share.

Many people have much better Walter Gretzky stories than I do. The one that I do have happened over ten years ago. I was attending a church that had set-up a booth at Brantford's big Canada Day celebration. There was a big concert in the evening and people were flooding into the park, and we were handing out bottles of cold water as everyone else headed towards the stage area. There were a lot of people coming in but only so many volunteers to get water to everyone.

I then noticed that we suddenly had a new volunteer that was handing out water. It was a person that had never even stepped foot in our church. He had no association with it whatsoever, Of course, it was Walter Gretzky. He was the kind of person that saw people doing an act kindness and he had to join in Walter thrived on helping, sharing and loving.

When his son became a sports legend and Walter got some TV time due to his relationship, he had many opportunities to capitalize on that fame and move somewhere bigger. He remained strong in Brantford, He actually stayed in the home where he raised all his children. He never moved to a bigger house (as a kid, I remember a story that Wayne built him a huge home in the country, but he turned it down preferring to stay where he raised his family), and always stayed a part of the community that he loved. He is one of the greatest things that ever came out of Brantford, and he never left it. He was the city's heart.

There has been a lot of fine tributes to Walter. People have left their hockey sticks out on their porch. My kids' school (where Wayne went) has the Canadian flag at half mast. Artists have painted portraits or others have written what he means to them (like I did, you may notice). These are great things. But I think the best tribute we can do is keep up his legacy by striving to be kind, loving, generous and compassions. Just like Brantford's greatest legend.