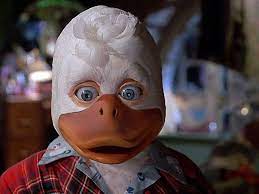 When Scott and I started doing multiple reviews on The Movie Breakdown, we were clearly following the Siskel & Ebert show as our template for the podcast. We decided that if that was the case then we'd also follow their criteria on what constituted a recommendation, which was three stars and above out of four stars. If my reviews ever find their way over to Rotten Tomatoes then a movie would need at least three stars to avoid a splat.
Our idea was that we wanted a recommendation to be something that really had our stamp approval and we could stand by it being a movie that we endorse. A 2.5 was a pass and maybe even represented a movie we enjoyed watching, but it meant there was too many flaws for us to really be comfortable saying it was a movie someone needed to go out of their way to watch.
My idea is that if someone just wanted a yes or no answer on if they should see a movie then the 3 star was the yes. Of course, anyone who has been reading me for any time or listened to our podcast, they'd know it is more complicated then that. I feel that just looking at a star rating or noticing I recommended a movie means someone is really missing the whole point of the review.
You may see I gave Get Out four stars but reading the review would let you know that it is a horror movie, which if that isn't your thins then maybe you shouldn't rush out to see it. I gave Thunder Force three stars but it was more for the fact that I saw it as a funny buddy comedy rather than the story or action being the least it compelling. It was very flawed but I thought for what it was trying to be that it was worth checking out if you were a fan of Melissa McCarthy's style and knew the focus was more on laughs and sweetness than comic book fun.
Much like Roger Ebert, I don't review all movie the same. I got into a film trying to see what it is trying to be and then rate at that level. I give both The Godfather and Big Trouble in Little China the golden four stars, but does that mean the John Carpenter's campfest is as good as the epic crime drama? Not even close. But the one isn't trying to be anything like the other. So, why would I rate then against each other? The Godfather is an all-time classic movie, but Big Trouble in Little China is almost the perfect B-movie. Thus both get four stars.
Now back to Thunder Force, I gave it three stars even though I probably agreed with all of Scott's criticisms. Which means, I admitted it is a very messy and flawed movie. This means it falls under what Scott and I have often referred to as a lame duck three. It is given a recommendation even though it is a movie that probably isn't as good as several movie that we gave 2.5 stars to in the past.
So, why does the lame-duck three exist? Why have a half-hearted recommendation when it would make more sense to slot something like that in the middling spot of the 2.5 star rating?
Usually a lame duck three is a movie that we didn't necessarily love and could see glaring flaws yet somehow it drew us in. 2.5 may charm us but we never truly connect with the movie. Thunder Force eventually worked for me because I laughed more in that movie more than almost any other recent comedy. The fact I laughed for large portions of the movie made it almost impossible for me to deny that I enjoyed myself thus must recommend it.
A lame duck three is usually a movie that may have more flaws than positives but the positive are so strong that it is worth recommending because I want people to see a specific performance or an incredible set-design or laugh as loud as I did.
Though to be honest I am not really a huge fan of the moniker of lame-duck three. Because it feels like I am almost ashamed that I enjoyed a movie. I am trying to cover my bases on if no one else liked it by saying that it was a throwaway recommendation. If I am honest with myself, all my lame-duck three reviews really are about movies that I have great affection but I feel challenged by the fact most other critics weren't a fan
That is something I want to overcome and really embrace and champion the stuff that just works.
In closing, I like Thunder Force.
Movies Musings Thunder Force