Spicy Reheat: The Value In Horror: Why Bloodcurdling Screams Protect Your Sanity 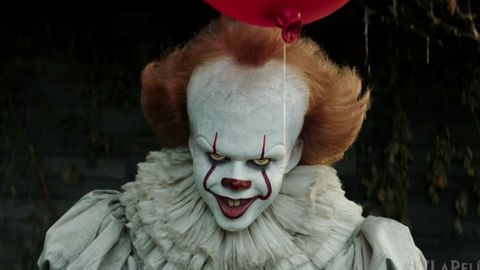 (CS: As I confessed yesterday, my brain is a mess after being rocked by a major event. It was more the build to it than the actual occurrence, but still, I am emotionally spent. I need the energy that I have for writing for clients and looking after my kids. I decided to reposts a piece where I look at the value of horror that was originally posted in October 2010).
This morning when I was walking Summit, a sea of Canadian geese enveloped the entire sky, and their horn like squawks surrounded us. I could sense Summit tensing up, because he had never experienced anything like this during his 15 months of life. I'd have to admit that even though I knew the geese were only doing their yearly migration to the south, I felt a bit of fear rumble inside me. The moment I saw the geese army trumpeting its way over us, I immediately started thinking about Alfred Hitchcock's The Birds. I could easily see how Hitchcock was able to turn these seemingly harmless creatures into flying monstrosities. You've got these animals with sharp beaks and piercing claws that can come at you in any direction. Now, I realize when you look out into your backyard that the chickadee and goldfinch are far from frightening, and the local farm's duck doesn't have feet you could confuse for claws. Not all birds are scary, and most single birds lack what it takes to cause shivers to go up the spine. But when you see a large swarm of them up in sky, where their sounds completely drown out everything else, then you can start seeing them as a bit more frightening. You then wonder, what if the birds did decide to team up together and attack the human race? Or on a micro level, what if that flock decided to drop down for a snack before taking the long trip south? You can now see where the possible inspiration for The Birds came from, and how a seemingly harmless thing can be petrifying.

Fear is a natural instinct that is likely in all living things, and one that is most definitely intimately acquainted with all humans. Every person has a greatest fear that resides in the back of their mind, and is always subconsciously there to taunt. It could be anything from being buried alive or being evicted from your house or being abducted by aliens or giving a speech in your underwear. Some fears can be rational and very real ("Am I going to find enough money to feed my family this week?") and others are quite the opposite ("If I dangle my legs over my bed, will the boogey man snatch them and drag me under into his cavern?"). No matter what is the catalyst for your fear, the emotion is still very real.

I think the fact we all have a very strong instinctual fear, is a large part of the reason entertainment that exploits our fears are so common. It is the reason that almost any time a group of boys are camping out in the woods and are sitting around a campfire, that one of the first things they want is to have a ghost story told. It is the same reason why almost every person has purposefully hidden or sneaked up on someone for the sole purpose of shocking them. It is the reason that during Halloween a large portion of people like to dress up as a zombie or vampire (non Twilight version) or a werewolf or a witch or anything else that allows you to look spooky or gory. It is why you willingly pay money to walk through a haunted house or go on a haunted hayride, because you expect to be scared or disturbed. There is a part of you that wants to embrace the fear, because we get a powerful emotional release from it.

I know that some absolutely hate to be scared and despise forms of entertainment that involve horror. Emily dislikes horror movies and usually has no interest in ever watching them. She would probably classify it as the genre that she is the least interested in. Despite this fact, I remember a few years ago that she would occasionally ask me what the original Saw was like. Then one night it came on television, and since I knew she absolutely detested horror movies, I made sure to flip the channel over to something else. But it was Emily that kept on turning it back to the film, and it was Emily that ended up staying up late in order to watch the whole movie. Now, Emily will never become a rabid consumer of horror, but that night she was drawn to the scary movie (and I actually think the first Saw was quite good and scary -- it is all the sequels that are complete trash). When it comes to horror, be it a scary movie or a ghost story around campfire or a novel about zombies, there is a visceral release that one has while experiencing it. There is a rush and a natural high. It is an environment that is safe, but still allows you to get your heart pumping and your goosebumps popping from your skin. It allows you to explore a part of your instinctual nature, without causing any genuine risk to yourself.

There is a part of us that is just drawn to the macabre and morbid. It is the part that causes us to slow down our car so we can get a better look at the tragic car wreck. When you look upon that wreck you legitimately hope that everyone is okay and that no serious damage has been done, but if you're really honest with yourself, that isn't the instinctual reason you slowed down and took a look. You wanted to see if there was a dead body or the very least, some blood. In the deep part of your mind, there lies a very dark and sinister subconscious that wants there to be a dead body. It is the same part that make you think, "I could push this person who is peering over the edge of the cliff" or "Wouldn't it be fun to drive on the sidewalk for a few minutes and see how many pedestrians I could hit." Now, you're far too good and connected with reality to follow that little dark voice, and frankly, I wouldn't want to hang out with you if you did listen to it (those people get a extended stay at a place with padded walls). The voice is there though, and it is the same one that also causes you to have a thrill when you see the morbid and macabre.

This is why horror fiction is such a valuable thing, because it provide that visceral release and feeds that dark side in a way that is safe and healthy. You not only get an emotional release from being scared, but you also get to explore a sinister side that you'd never want to engage in real life. It is an instinct and desire that is in all of us, though that doesn't mean we all follow it (hence, the folks who detest and avoid horror films). I think, at some point everyone is drawn to something that scares or disturbs them. Horror fiction is the perfect way to remain safe, but also get yourself a few sleepless nights.
Horror Repost Writing