The Breakdown of 'Things Heard & Seen', 'Love & Monsters', 'The War with Grandpa' and Tribute to Norman Lloyd 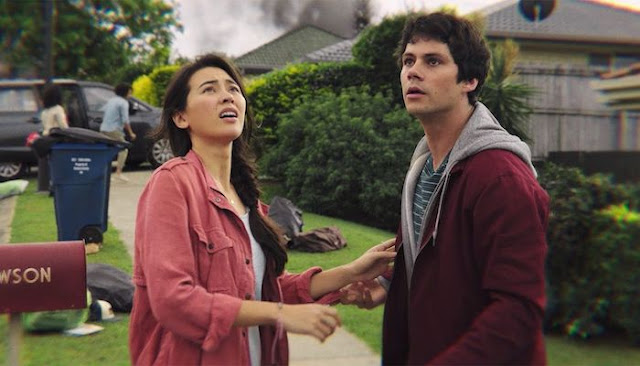 This week we've got some scary things for you like a haunted house, giant monsters and Robert De Niro in another family comedy. Amanda Seyfried stars in a 1980s set haunted house thriller called Things Heard & Seen. Then we have a big budget action comedy with giant creatures in the Dylan O'Brien starring Love & Monsters. We wrap up the movie reviews with the family comedy about a kid trying to get grandpa out of his room in The War with Grandpa.
After the reviews we have a few topics, we talk about the controversy surrounding the Golden Globes and if we think the awards show can recover. Or more importantly, should we really care if it recovers? After that, we pay tribute to a screen legend who was in movies with some of the all-time biggest stars in Norman Lloyd.
As always, we had a great time recording this show and we really hope you love it. If you do, please helps us out by spreading the word on social media, so other movie fans can find us.
Reminder that you can subscribe either to The Movie Breakdown feed (a subscription link is at the top right hand of this site), or subscribe on sites like Spotify, Stitcher, Apple Podcast, Google Podcasts, CastBox, and Amazon Music.
The Movies' Four-Star Rating
Things Heard & Seen ** (CS) & *½ (SM)
Love & Monsters *** (CS & SM)
The War with Grandpa * (CS & SM)
Amanda Seyfried Dylan O'Brien Golden Globes Love & Monsters Movies Norman Lloyd Podcast Review Robert De Niro The Movie Breakdown The War with Grandpa Things Heard & Seen