The Breakdown of 'Without Remorse', 'The Mitchells vs. the Machines', 'Austin Power: International Man of Mystery' and 'Sea of Love' 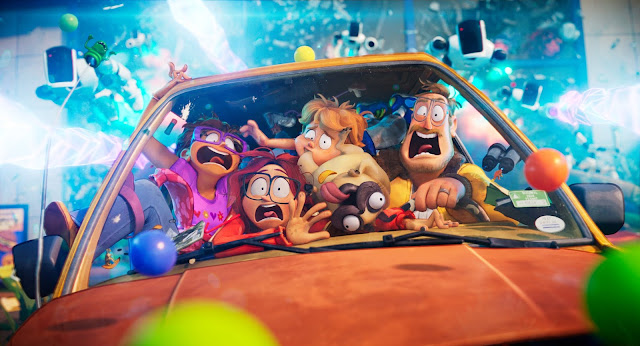 It is a diverse episode of The Movie Breakdown as we look at movies from very different genres aiming for a variety of audiences. We have two big 2021 releases that both where originally scheduled for theatrical runs in 2020, but a little thing called a pandemic got in the way. We have a big Michael B. Jordan starring action thriller in Without Remorse, which has been in some form of development since 1993, Was it worth the wait?

As well, we review a big, animated adventure about an odd-ball family being the only chance against a robot uprising in The Mitchells vs. the Machines. There is high pedigree in this one as the producers Phil Lord and Chris Miller also gave us animated features like The Lego Movie, Cloudy with a Chance of Meatballs and Spider-man Into the Spider-Verse.

We then jump in the Way-Back Machine for two older pictures. We have a comedy that was a cultural phenomenon in 1997 with the spy parody flick, Austin Powers: International Man of Mystery. Then we review something totally different in the 1989 Al Pacino starring sexual neo-noir thriller, Sea of Love.

As always, we had a great time recording this show and we really hope you love it. If you do, please helps us out by spreading the word on social media, so other movie fans can find us.
Reminder that you can subscribe either to The Movie Breakdown feed (a subscription link is at the top right hand of this site), or subscribe on sites like Spotify, Stitcher, Apple Podcast, Google Podcasts, CastBox, and Amazon Music.
The Movies' Four-Star Rating
Without Remorse ** (CS & SM)
The Mitchells vs. the Machines **** (CS & SM)
Austin Powers: International Man of Mystery *** (CS) & **½ SM)
Sea of Love *** (CS & SM)
Al Pacino Austin Powers International Man of Mystery Michael B Jordan Michael Myers Movies Podcast Review Sea of Love The Mitchells vs the Machines The Movie Breakdown Without Remorse