The Breakdown of 'The Woman in the Window', 'Army of the Dead', 'Modern Times' and Remembering Charles Grodin and Samuel E. Wright 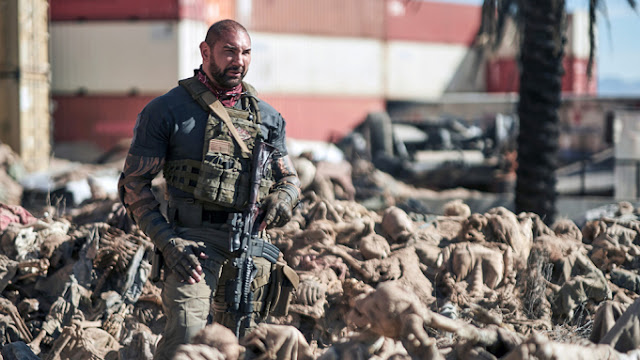 One of the major goals of The Movie Breakdown is to show love to film history and analyze major movies from the past. While we have discussed a few Silent Era movies, we haven't reviewed a picture starring who may be the biggest movie star during the Silent Era and was the first true box office powerhouse, Charlie Chaplin. We finally review one of his significant movies and the one that has the final appearance of his iconic Tramp character in Modern Times.

We also have two new releases coming from Netflix. We have the Joe Wright directed and Amy Adams starring psychological thriller in The Woman in the Window. Then it is Zack Snyder's return to the zombie picture in the action-thriller Army of the Dead.

After the reviews, we discuss the long-term implications of Amazon Prime buying MGM. We also pay tribute to the great comedic actor Charles Grodin and the iconic voice of Sebastian the crab, Samuel E. Wright.

As always, we had a great time recording this show and we really hope you love it. If you do, please helps us out by spreading the word on social media, so other movie fans can find us.
Reminder that you can subscribe either to The Movie Breakdown feed (a subscription link is at the top right hand of this site), or subscribe on sites like Spotify, Stitcher, Apple Podcast, Google Podcasts, CastBox, and Amazon Music.
The Movies' Four-Star Rating
The Woman in the Window ** (CS) & * (SM)
Army of the Dead ** (CS & SM)
Modern Times ***½ (CS & SM)
Amazon Prime Amy Adams Army of the Dead Charles Grodin Charlie Chaplin Dave Baustista MGM Modern Times Movies Podcast Review Samuel E Wright The Movie Breakdown The Woman in the Window Zack Snyder