It Is Only A Matter Of Time

May 31, 2010
Hollywood has had a long history of taking best selling novels and turning them into film. Sometimes it has been a huge block buster success such as Jurassic Park or Lord of the Rings, and other times it has had the opposite effect such as Skipping Christmas (Christmas With The Kranks) or Starship Troopers. No matter the number of failures compared to successes, Hollywood has continued to turn to the stories that have been financial successes in novel form, and have attempted to make them cinematic masterpieces (or at least something that gets people to shill out for popcorn and 3D glasses). No matter how you feel about Hollywood's inclination to rip-off (no wait, I meant adapt) tales from novels (or books), you have to accept the fact that it will always happen, because it has been the habit of Hollywood ever since someone got the idea to project pretty moving pictures on to a big screen.

Instead of fighting it, we need to accept it. It could at least be fun guessing what could be the next bestselling book that is transformed into a film (well, not literally -- or at least, not until Transformers 3: Michael Wants Another Yacht). I started reflecting upon all the huge best sellers that have been adapted to the silver screen, and was shocked to find one massive best selling book that has never been attempted by anyone. I don't think it has even been optioned yet by a major studio. But it will. It is inevitable. I'm sure we will all soon be seeing trailers for the big film adaption of. . . 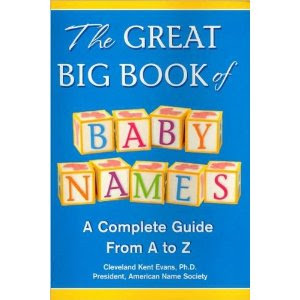 I am personally looking forward to seeing who they will cast for the role of Jebediah. I hope it is that Colin Ferrell, because he is just a delight.
Books Humour Idiocy Media Movies Pictures