September 29, 2010
Tonight was Cito Gaston's final game at the Rogers Centre (aka the former Skydome -- the much better name), and the end of Cito's second run as the Toronto Blue Jays' manager. Cito is not only the most successful manager in Blue Jays' history, but probably one of the most recognizable figures in the franchise ever. He was the guiding light when the Jays won their back-to-back World Series championship, and to date, the only championship in the club's entire run in the Major Leagues. After the Jays had several rough years under John Gibbons, Cito returned to makes the Jays a stronger club with a much better record. The greatest legacy of Cito, may be the fact that he is a "player's coach". Almost any time you heard a player mention Cito, they would have words of praise for him, and talk about how he created an environment that made them want to excel. Obviously, he wanted to win, but he also appeared to be the type of manager that supported the player and encouraged them to be at their very best. He created a welcoming environment, and one that was focused on improving the players' skills. At tonight's pre-game ceremony to honour Cito, many of the players mentioned how Cito consistently encouraged them, but also helped them become stronger and more confident players. It was quite clear that many players (some who are Hall of Famers) attribute some of their success to the guidance of Cito Gaston.

Despite the obvious skills of Cito, the thing that really stands out to me is that he always seemed like a humble and down to earth guy. He always appeared to appreciate the fans and genuinely care about his players. These are also the things that probably made him the "player's coach", because he was patient and supportive rather than just looking out for ways to make him seem great. For me, this made me want to root for him even more, because you couldn't stop from cheering for a humble, kind and (seemingly) selfless man.

Tonight, it was great seeing the Jays deliver a beating to the dreaded Yankees, and get a decisive 8-4 victory. You almost have to believe that the team played just little harder because they wanted to win this one for Cito. It was his last game as the manager at the Rogers Centre (they still have road games left). Even though this is an end to an era, Cito will be remembered forever as one of the all time greats of the Toronto Blue Jays.

Thanks for the memories, Cito. Many will always appreciate all that you have done for baseball, especially for the Blue Jays. I hope you continue to enjoy life after baseball, because you really do deserve it. 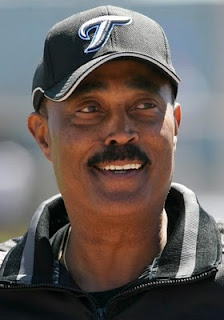