Time to Give Up on My Dream of Being a Fact-Checker or a Professional: AKA Why Yes, Sienna Miller Does Play Bradley Cooper's Wife in "American Sniper" 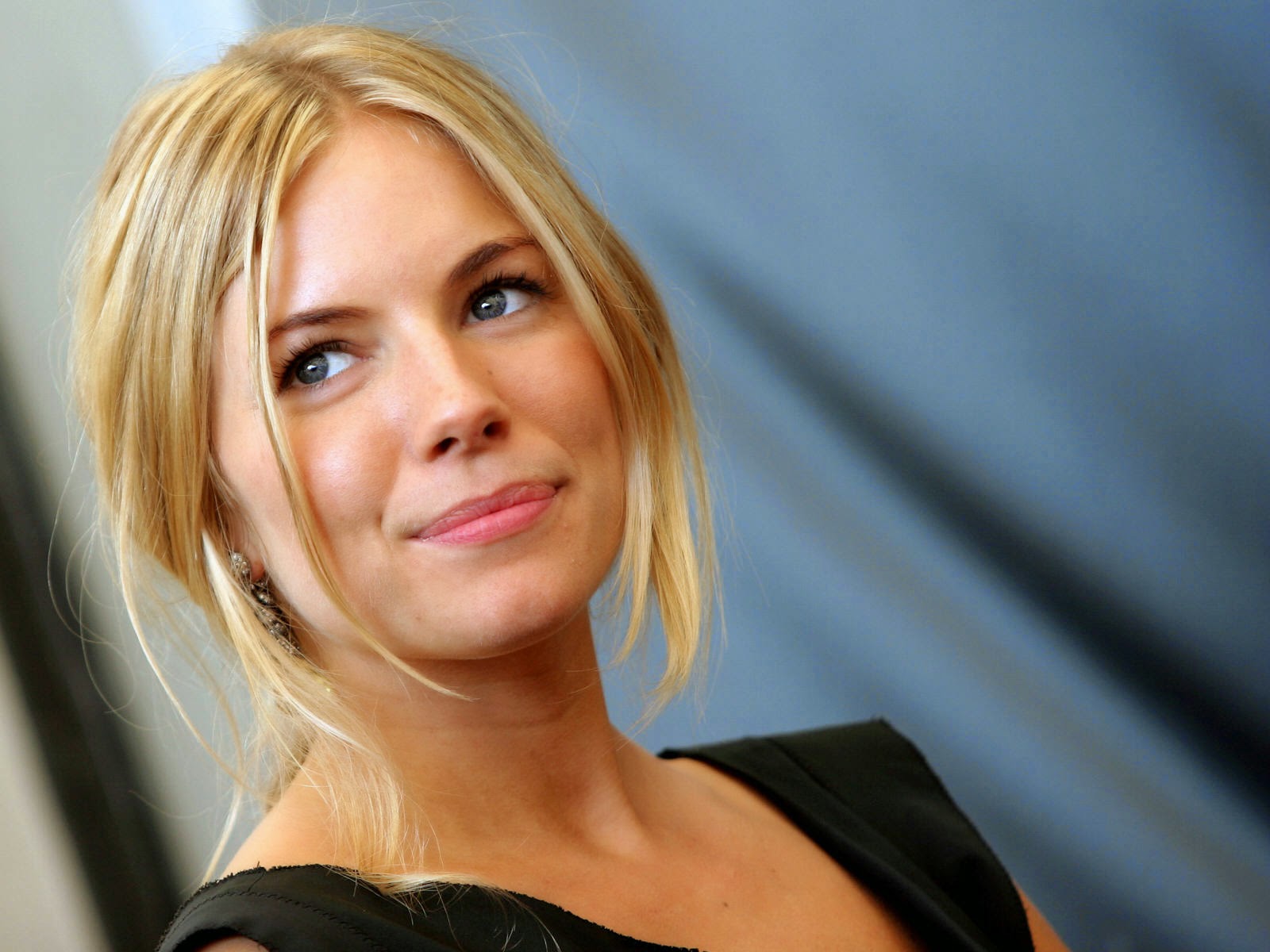 There is a clearly a reason why I'm a writer rather than a TV or radio personality, and more than just the fact my startling good-looks would detonate TV's across the globe or my dulcet tones would force workers everywhere to refuse to leave their cars when listening to me on the radio. As a writer, when I spew countless thoughts from my brain onto the screen, I have the wonderful ability to actually verify all my ramblings before publishing and making sure I'm not spreading horrid lies everywhere. Many a stupid things have stopped from entering out into the world by checking a few reputable sources (or if that fails, Wikipedia).

It isn't so easy when rattling off those word crazies during a podcast recording where the delete or backspace button aren't accessible thus stupidity is more easily immortalize. Admittedly, factual errors and general hackery exposure is rather quickly remedied by things like research and preparedness or being able to honestly boast real knowledge. When such things are sacrificed, podcasting becomes an open door into one's general ineptitude. Once again why research and being prepared is a clear and loyal friend when one doesn't have the security of proof-reading and pre-publishing fact-checking to make one trick all into believing he is smarter than the reality.

I properly, but with the dangerous degree of self-doubt, blurted out that Sienna Miller played Bradley Cooper's wife in American Sniper during my review for The Movie Breakdown this weekend. I was slightly on edge and nervous about peddling falsities so close to my bonehead declaration that Shirley McClaine was Carrie Fisher's mom during the Mike Nichols podcast when any self-respecting movie buff knows her mom is actually Natalie Portman. . . er. . . I mean, Debbie Reynolds. Even worse, I was coming into the podcast off a week that was effectively distracting and prone for the mind to drift into clouds while also alienating myself from any appropriate level of pre-show confirmation of facts.

Obviously, "Hey life is distracting and I've got stuff on the plate, so I didn't do the requisite amount of research" is clearly the excuse the entire Internet quickly accepts and the commenters are dissuaded from sharpening the spears. Every boss and editor in the history of publishing and news will gently wave their hand in an instant and bestow complete forgiveness with such airtight reasoning. This should be enough to excuse me from the torches and pitchforks being wield outside my door but I'm on an excuse roll so let's keep this party rocking.

Maybe I should also actually focus on the original point of this post, which was the correction. Sienna Miller does play Bradley Cooper's wife in American Sniper, so I was initially correct and was in no need to deliver an inaccurate correction later in the podcast. But I did anyway, thus you're now all being punished with this article. Doesn't seem fair, does it?

So, essentially I saw Sienna Miller's name early in the credits, and since there was only one female with a significant role and the performance of Taya Kyle was strong enough that I assumed it had to have been done by an established and talented actor. But then a few problems arose.

First of all, I am absolutely awful with names. So bad with names that for the first month after Everett was born, I called him something entirely different and needed my wife's constant corrections. Actually, I'd probably call my wife by the wrong name too if I didn't keep my marriage certificate in the drawer of my desk office for reference sake. "What is her/his name again?" is a constant thing uttered by me to my wife at parties or on the way home (or during my own family reunions). So needless to say, I don't remember movie character's names unless it is someone very established or the name is distinguishable. In this case, I actually knew a bit about Chris Kyle before the movie and even knew Taya was actively involved in the picture, yet that apparently wasn't enough to remember important names in the movie filmed by Clive Eastwood.

The next issue is that I apparently can be easily fooled by hair colour changes. I know Sienna Miller. Honest. I actually really like her and want her to get more meaty roles. She is talented. But I clearly was expecting the blond haired woman I get through Google searches and so the dark hair was enough for me to doubt this was the actress that I'm desperately now claiming that I do know. Not personally by the way, but as was established, I'd forget her name even if she would accept my party invitations.

The last problem is that rather than confirming Sienna's roles, which would have been easy since one of the very first lines in the Wikipedia entry informs that Taya is Chris Kyle's wife and shortly after that Sienna Miller plays her, I went in armed with my foggy mind during a week that did a fair number on it. So with no confidence or vigour I declared who played the role of the wife and instantly started doubting myself, because once again, I forgot hair dye is something that exists now.

IMDB.com apparently doesn't believe in having any helpful order to its casting list, and the first female name I saw was Debby Kyle played by Elsie Robertson. I conveniently forgot that Chris Kyle's mother has a small scene in this movie, and the same last name was enough of a convincer that I made a mistake. A quick skim finally revealed that Sienna Miller played some person called Taya without a last name, because IMDB.com really wanted me to turn out to be an ass in all this. Because my ability to remember names sucks, I assumed that must have been the girlfriend that cheated on him at the start since obviously, such people never have last names but must warrant name actors to play them.

The moral of the day is never make the confession of a supposed error in the middle of the podcast and just hope everyone just assumes they didn't hear you right. Trying to correct mistakes just make things worse. That is something we can all agree on, right?

Now, that my credibility is completely destroyed, I can finally confess that The Other Woman and Blended were really my favourite movies of 2014.