Get Nostalgic for the 1990s with the Unique 'Dope' Teaser Trailer 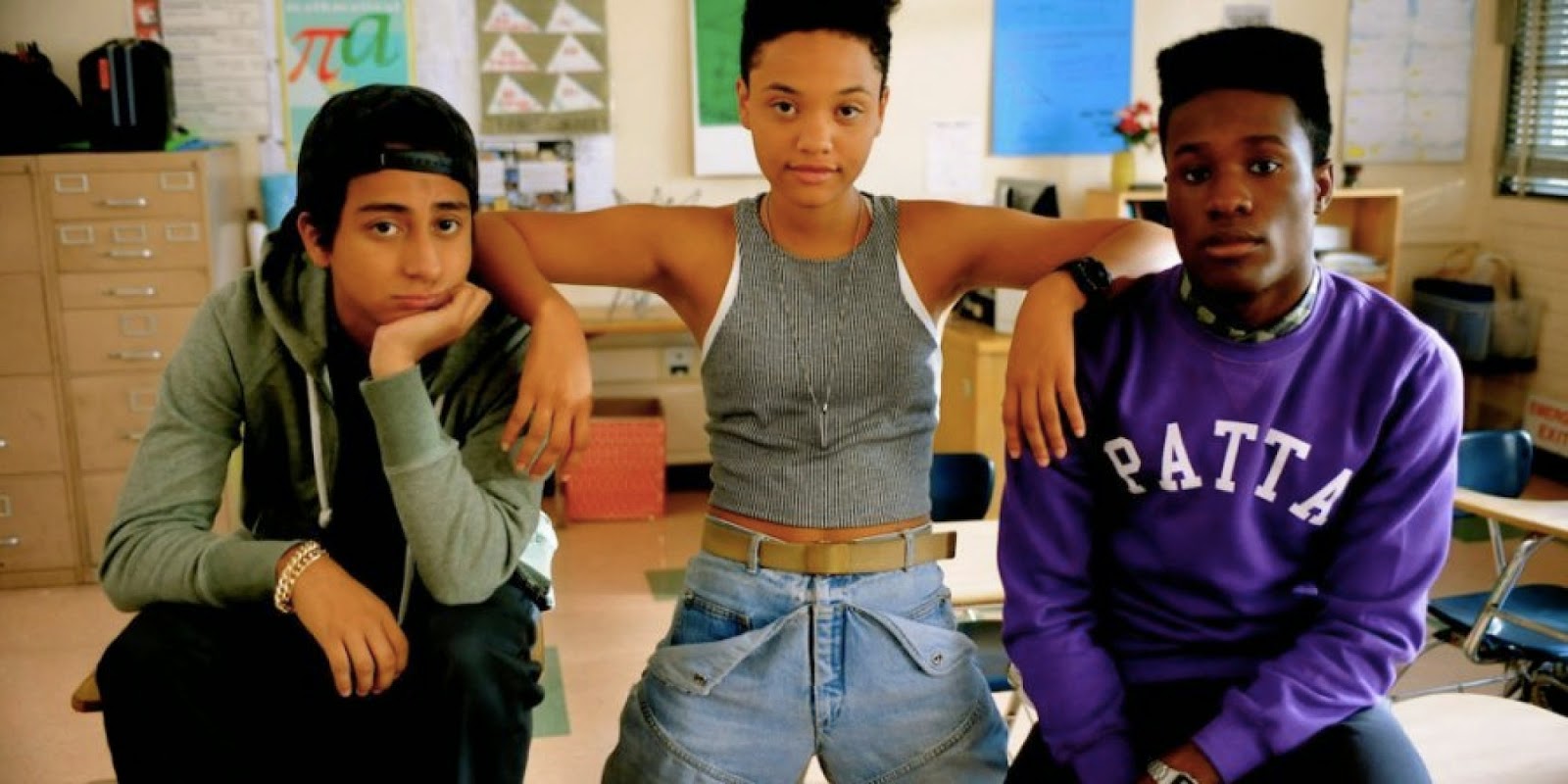 Teenage movies about actual teenagers and high school are suddenly a thing again. It is amazing how one hit can suddenly change what studios deem as something worthy for the cinemas. I'm thankful for The Fault in Our Stars success, because it has suddenly made high school pictures a viable genre again and the main reason a movie like The DUFF landed a wide release (just look at fantastic movies like Spectacular Now and The Way Way Back forced into limited release just two years ago to see what would have happened to The Duff without The Fault in Our Stars' success). The really exciting part is when a genre gains some respect and so studios are willing to take a bit of a gamble on the more challenging and quirky pictures within the type. So, I present you with Dope, currently slated for a wide release during the tentpole jammed summer (June 19th to be exact).

Now that is exactly what you should get out of a teaser with a minimum of plot or scenes but a taste of the feel and style of the movie that makes one crave more. It is a very old school feeling teaser that isn't just a shortened version of a trailer, but rather actually "teases" us with wanting much more. I'm now more excited for this coming-of-age dramedy than most of the major summer blockbusters that have already dropped trailers. Obviously, it doesn't give you much about what the picture is actually about, but it has a distinct retro feel and definitely declares that music will be a central part of the story.

Dope debuted at the Sundance Film Festival to great critical acclaim (currently stands at 100% on Rotten Tomatoes) and sparked a bidding war with over six movie studios that ended with Open Road Films acquiring it. They have enough faith with it that it is not only getting a wide release, but right in the heat of the summer with hungry dinosaurs and super spies. Based off Open Road's past track record, I'd say this is probably going to fall under a smaller wide release, but it still is encouraging and impressive that an intimate and character-driven story gets to play at a competitive time. It probably helps it has heavyweight producers on its side like Forrest Whittaker (who is also the pictures narrator), Puff Daddy and Pharrell Williams (who also provided four original songs to the soundtrack).

Based off the synopsis, the picture is set in modern Inglewood, California despite the graphics, music, and video game scenes making it seem like a 1990s period piece. This is likely designed to catapult the viewer into the mind and world of the main character Malcolm who is a high school geek that is obsessed with 1990s rap. The picture looks to balance some provocative and emotional drama with zany shenanigans and off-beat humour. Malcolm lives in a tough neighbourhood filled with gangs and drugs, but has dreams of escaping the life by getting into Harvard. It also contains a wild teen adventures (a must for a coming of age story) when Malcolm and his two friends spend a night at an underground party that causes all kinds of problems but also gives him a chance to finally go from zero to hero -- or rather become real dope.

The title of Dope seems to both be in reference to 1990s slang for being cool but also actual drugs. It seems like illegal substances play a major part in Malcolm's big evening. Based off the little snippets from the trailer, I'd guess there is some delightful romance thrown in as well.

Critics have said this is a break-out role for newcomer Shameik Moore who plays the flat-topped Malcolm. He also has some great support in incredible young talents like Keith Stanfield, (who will play Snoop Dog this summer in Straight Outta Compton and was phenomenal in a nuanced performance in Short Term 12) and Zoe Kravitz who is a superstar in the making with solid performances in blockbusters like the Divergent and X-Men series.

The teaser has a great energy and looks willing to be silly and crazy. It also will tackle the complexities of teenage life (especially when stuck being uncool) mixed in with the trials of living in a tough area that hardens one at too young an age. It is a hard balance but it works when you believe and trust the characters. Usually when someone actually puts work into making a simple thing like a teaser feel special and unique then it bodes well for real creativity and craftsmanship being put into the feature.

I have to confess that I'm not overly familiar with director Rick Famuyiwa's body of work with 1999's The Wood being the only picture that I've seen the trailer and was aware existed. Though he doesn't have a loaded portfolio, it does seem to be a very personal one with very specific things he wants to explore. He also isn't afraid to load on ample doses of comedy amongst his poignant storytelling.

It has probably been several years since a studio has taken a chance on a "teenagers go on an adventurous night out that changes their lives" something that was pretty common fare in the 1980s. It is even rarer now if you eliminate all the type of movies that contain aliens or supernatural creatures. This is a down-to-earth teen flick without needing CGI and explosions that isn't afraid of tougher subject matte but also quickly embrace a sense of fun. Not only can it getting a wide release be credited to The Fault in Our Stars, but I'm sure Empire becoming a massive TV rating phenomenon this year has proven that a picture steeped in rap culture and stars a predominantly Black cast is something audiences are craving (I realize TV and movies are different in how they attract but there has to be some crossover in what appeals).

If you haven't clued in, I'm totally on board with this picture. This along with Straight Outta Compton hopefully delves into rap culture and the hardships of a specific neighbourhood in a way that often gets ignored. This one also seems to have a lot of heart and charm. Unfortunately, it is also pitted on opening weekend against another movie that may have even more heart and charm in Pixar's Inside Out. Though I assume the animated feature will have a lot less references to drugs and MC Hammer's pants.
Dope Forrest Whittaker Movies News Review Straight Outta Compton Trailers