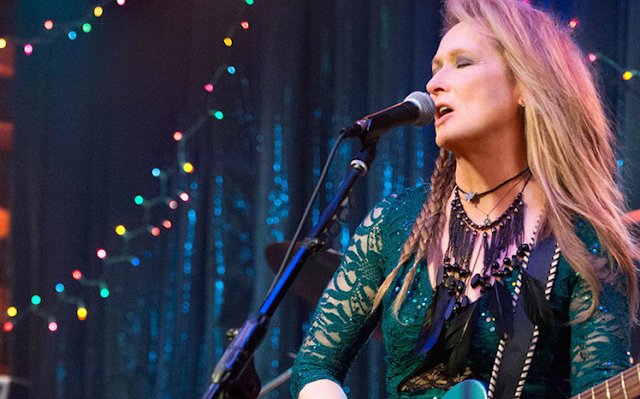 Is there any conceivable way that Ricki and the Flash could possibly not at least be good? Though anything not awesome would be a disappointment. Meryl Streep starring as a washed-up 1980s rocker that is forced to be a mother after her daughter is left by her partner. She is supported with top notch talent like Audra McDonald, Kevin Kline, and Charlotte Rae (FACTS OF LIFE!!!). Helmed by Oscar winner and critically acclaimed director Jonathan Demme who has proven adept at various genres like psychological thrillers, heart-pulling character driven dramas (Philadelphia), and slice of life family stories (Rachel Getting Married). On top of that the script should be witty and sharp with Diablo Cody scribing it (I love both Juno and Young Adult).

Some have been apprehensive about this due to getting an August release with the misguided belief that prestige pictures only come out in the fall. Claiming if it was Oscar worthy it would come out near the end of year will only work if you ignore past Oscar nominees like Blue Jasmine, The Grand Budapest Hotel, and Boyhood.

Admittedly, the trailer reveals a pretty well-worn plot of the estranged parent being forced to grow up and prove themselves to their emotionally distant family. But surprise, surprise, Streep looks amazing here and has completely transformed herself into the immature and irresponsible rock star. At this point I shouldn't be surprised by any role she can pull off, but after years of gaining credibility as a wise and powerful presence, it is impressive how comfortable she fits in as the reckless rocker. Rick Springfield as her bandmate and lover is a pretty awesome choice if you want to capture the vibe of a woman trapped in another decade.

Even if the story isn't breaking any new ground, there are signs of the pedigree behind this with the vivid images and well constructed shots along with dialogue that zips and zings. A familiar story can still be a fascinating movie when there is a strong attention to detail and fascinating characters to push along the plot.

The best part is that this is an adult drama that is currently lined up to be a wide release. Though it is at the moment competing for multiplex space on its opening weekend with Fantastic Four, Shaun the Sheep and Masterminds and you know what movie will get lopped if your multiplex decides four new releases is too much (and it usually is). If this ends up living up to its potential then hopefully it can grow an audience and eventually make its way to most cinemas through the month of August. A generic trailer and August date isn't enough to deter me from getting excited about Streep rocking out.
Jonathan Demme Meryl Streep Movies Review Ricki and the Flash Trailers