This is Definitely No 'Gone Girl' 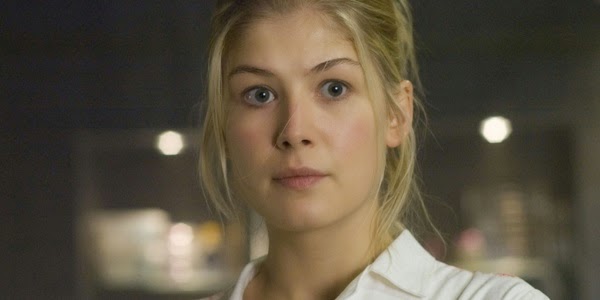 Rosamund Pike has been a stand-out actor for a long while now, but Gone Girl was her big break-out role and easily one of the best performances of 2014. The hope was that it was an eye opening role that would cause many studios and filmmakers to come calling and give her some really juicy parts worthy of her talents. Pike was more than just a disturbed and sadistic wife in the David Fincher thriller and brought several dimensions and layers to the role. She was both a villain and a victim, and somehow pulled you into wanting to root for her until she plunged into the dark side.

It makes it all the more disappointing that her next role is the rather generic-looking "woman has been wronged and seeks revenge" thriller, Return to Sender, that seems plucked right out of the 1990s and actually visually looks like it too. This is pure straight-to-video-on-demand type direction and cinematography that will have a comfy endless cycle on Lifetime.

Pike looks to risk being typecasted as slightly deranged lady out to ruin a man's life. The difference this time is we're supposed to cheer for her. The other difference is the script doesn't look like it will attempt any depth or complexity, and just have Pike widen her eyes and lick her lips so we know she isn't to be messed with.

It is unfortunate this is what gets served up a freshly nominated Best Actress. Shows that the state of cinema for females still isn't all roses, and even top stars are forced to do some Nicolas Cage level slumming.