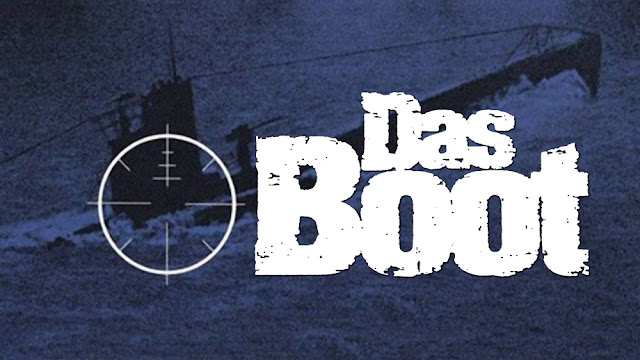 As much fun as it is to whine about the state of Hollywood and like to believe foreign studios are pure places that create fresh and original movies, facts seem to get in the way of that pleasant daydream. Hollywood Reporter has revealed that German film production company Bavarian Studios is dipping into their film library and looking to remake the cinematic classic and the picture that turned Wolfgang Petersen into a hotly sought after director in Hollywood, Das Boot.

The picture is not only considered one of the best to ever come out of Germany but has made it high on many respected critics' lists for best of all-time. The late 1970s and 1980s was filled with memorable and insightful war pictures that carried a rather strong "anti-war" message and even though there isn't any in the trenches action sequences and the majority of the story takes place in the claustrophobic setting of the submarine, Das Boot deserves to be remembered alongside other movies of the time like Platoon, Apocalypse Now, Full Metal Jacket, and The Deer Hunter.

I'd consider all those pictures in the subgenre of "anti-war" pictures that use the action and violence to convey the banality and cycle of deep seeded destructions that comes from most wars. Das Boot's narrative is very different without much gunfire or heavy-hitting battle sequences that push most of the above movies, but the emotions and atmosphere and tension all comes from the ideas and dangers of war. For simplicity sake let's call it a war picture and as far as war movies go, it is the E.T. or Gone with the Wind or Casablanca or The Good, the Bad and The Ugly or Goodfellas or Jaws of its genre (I tried to avoid the easy Citizen Kane comparison). And if anyone announced a remake of those above pictures then blasphemy would be screamed and pitchforks would be brought out.

It might not be Hollywood or American, but it is one of the most important works in cinema. It is pretty brazen to even contemplate remaking a movie held up in such high esteem by film critics and fans. Yet I guess that is what happens now, but I have a feeling this might be an It's a Wonderful Life situation where suddenly someone realizes what they're actually trying to do.

The reality is that the masses don't hold dear to Das Boot like they do E.T. (or even The Last Starfighter or The Goonies for some), which means the outcry may be minimal, especially since the production will likely be away from the American system. In all honesty, anything can be remade and all I ever hope is that someone has a reason and a creative purpose for returning to the material. If they have a different take on the story or are being driven by inspiration and passion then it may all work out great. I sense the motivation may be a little green though.
Das Boot Movies Musings News Remakes War Movies