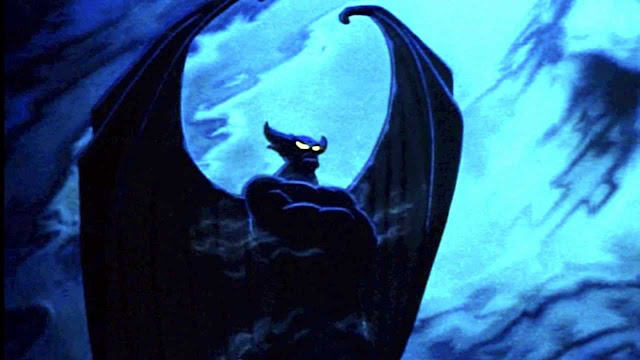 If you're getting tired of hearing about classic movies getting remade then Disney Studios has some fresh news for you; Hollywood Reporter revealed the studios plans for Matt Sazama and Burk Sharpless to write the screenplay for Night on Bald Mountain. You may be thinking, well I don't remember the movie, so it must finally be an original concept. It isn't but rather the groundbreaking idea of adapting a scene from a movie. That is right, why bother rebooting an entire movie when you can get more mileage out of just a single scene.

To be fair, Night on Bald Mountain is from 1940s Fantasia, which was an anthology movie that had eight animated segments that were accompanied by classical music. It isn't like they're trying to adapt a two hour feature from Lloyd Dobler holding a stereo over his head (but think of the possibilities). Instead, this will be a dark fantasy adventure with a similar vibe and atmosphere to last summer's hit, Maleficent. I remember being rather chilled down the spine as a child with Bald Mountain that had a giant winged devil monster who raised dark spirits and creatures from the dead. I'm assuming there is going to be a lot of additional scenes and an actual story added to this live-action adaptation -- maybe even as an added bonus, some dialogue.

I could go on about how I have a lack of faith in the scribes who brought us the screenplays for Dracula Untold and the upcoming The Last Witch Hunter. Or offer my hesitation over if this darker material could really work as a family feature or if fantasy (outside of Maleficent and The Lord of the Rings franchise) has actually proven to be blockbuster worthy in recent years. Instead, I want to focus on this revolutionary idea of adapting scenes from movies. 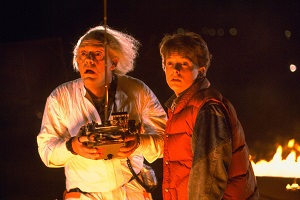 We all know deep down that it is inevitable that Back to the Future will be remade, especially since its 30 year anniversary will pop the movie back into the minds of countless studio executives. Since the movie will ultimately be made for financial rather than creative reasons, we mind as well stretch it out as much as possible and turn it into a much more respectable franchise than a pitiful three movies. If they start adapting scenes from the original with additional story and depth than Universal has a powerful string of movies before they've even made it halfway through the original's narrative.

The first scene of the movie where Marty McFly gets blown away by a higher powered amp could turn into a dramatic tale of McFly having to toil away at a part-time job to make money to buy his first guitar and the heartwarming tale of an instructor teaching him to dig deep to find the musician buried deep inside of him.

The Marty McFly hitching rides on the back of trucks while going to school scene can turn into a wacky road adventure as he meets many truckers on his journey and eventually must decide if will he get to school on time or rescue a young girl's balloon that floated out of her grasp.

Remember when Marty tries to get into the battle of the bands? Well, obviously there has been a toe-tapping jukebox musical waiting to be unleashed for 30 years now.

Mad Max: Fury Road has proven that one giant feature length car chase can be a great action picture. Little did we know that all this time that movie was waiting to be made from the scene where Marty McFly is trying to drive away from the Libyans. You can update it into making them North Koreans, because that meant gold for the Red Dawn remake and The Interview.

We don't just need movies to be about Marty either. What about a crazy buddy comedy where Biff Tannen learns from a dear buddy the proper punchline to "make like a tree."

Universal can even break into the arthouse scene with a trippy experimental sci-fi picture that details the visions Doc Brown experiences after he bangs his head on the toilet and learn about the flux capacitor.

But Back to the Future isn't the only movie ripe with all this potential. Just imagine one day we can finally get an epic romantic comedy adapted from all these scenes where a broken-hearted lover sadly stares out a rain-soaked window.
Back to the Future Disney Fantasia Movies Musings News Night on Bald Mountain Remakes