We Finally Get to Learn About Prince Charming's Younger Brother 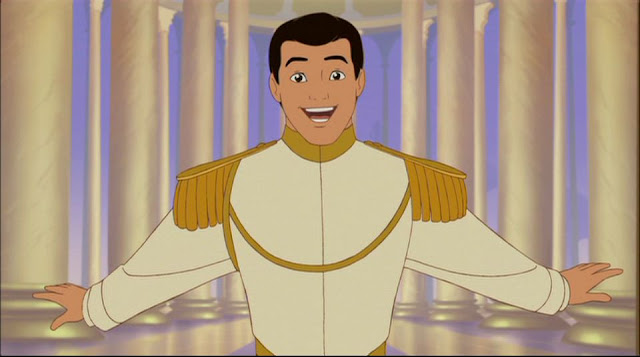 Disney is really plunging itself into the remaking its animated classics into live-action features strategy. There is a slew already planned in the coming years from Mulan to Beauty and the Beast to Dumbo to Winnie the Pooh. It is all being backed by the rather significant success already of Cinderella, Maleficent, and Alice in Wonderland. Disney is pioneering the remake game by not just reworking animated movies into live-action but also doing things like turning movie scenes into full-length features (like with the upcoming Night at Bald Mountain movie). While the whole movie scene into feature seems to be pushing the limits of remake possibilities, Disney has defied the odds with the news that we're getting a Prince Charming live-action adaptation. But this isn't just any Prince Charming movie (because we already basically got that in this year's Cinderella), but rather The Guardian is reporting that this will be about the more well-known Charming's younger brother.

That's right, we're now getting "remakes" about characters from classic movies that weren't even in the movie or even hinted about existing in the movie. Disney is really leading the way in ridiculous ways of stretching out a brand name.

To be fair, this idea is far better than just recycling a perfectly good animated movie and turning it into a CGI-filled live-action tentpole. It is forcing the feature to have at least a somewhat original idea or at least, it can't be the exact same movie we've already seen, since the younger brother was unknown until this movie was announced. The plan seems to be that this brother will be far less charming and heroic than his brother, which I guess proves a last name doesn't define your personality (which is my seasoning skills aren't as strong as you'd believe). The picture will likely have a lot more self-referential humour and be more tongue-in-cheek than the previous Disney adaptations. There is some delightful opportunities to play around with fantasy tropes and poke some fun at Disney canon.

Now, most sites have liked to point out that Matt Fogel, who penned the script for this upcoming movie, was a director assistant to Phil Lord and Christopher Miller for Cloudy with a Chance of Meatballs, Likely in an attempt to make us believe that through the power of osmosis we should expect something with a self-aware wit and energy like The Lego Movie or 21 Jump Street (and a Channing Tatum and Jonah Hill cameo). Except I'll be a bit of a party pooper by revealing he is also the screenwriter for Big Mommas: Like Father, Like Son (which would at least get Judi Dench's seal of approval).

The biggest question is which Prince Charming are we getting here? The one who whisked Cinderella off her feet or had that magical kiss with Snow White? Or will it be revealed that the guy is the same person? Maybe he is a profession damsel-in-distress rescuer who scouts out princesses across the land who then get won over by his charm and great kissing ability then the lady gets deposited in some far-off castle. Maybe this movie will be about a younger brother being torn about entering into such a shady and cruel business. Or maybe it'll be about the brother's unhealthy obsession with dressing in fat suits and floral moo moos.